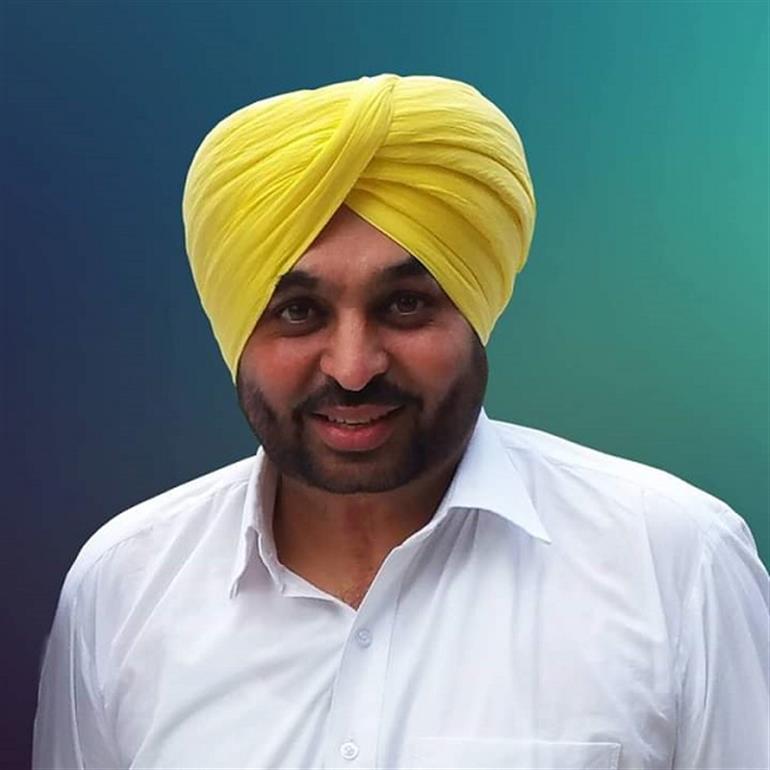 CHANDIGARH: On the false propaganda being done against the Aam Aadmi Party (AAP) regarding the Standing Committee of the Parliament, the AAP stated that the opposition parties were trying to mislead the people by lying.

In a statement issued from the party headquarters, AAP’s state president and Lok Sabha member Bhagwant Mann said that those who had never tired of praising the black farm laws were now trying to be benevolent by lying to defame those who were opposing it.

He said that the Parliamentary Standing Committee which was constituted, consisted of 31 members from 14 parties, most of whom belonged to NDA. Mann said that in this standing committee all the opposition parties of NDA had opposed it.

“I have said the same thing in the standing committee. I had raised my voice in the Lok Sabha against the black farm laws,” he added. Mann said that this law would give a boost to the hoarders and the prices of cheap items will skyrocket and people will find it difficult to survive. Responding to the lie being told by Harsimrat Kaur Badal about the standing committee, Mann said, “I openly challenge her to get the minutes of the committee from her old ally Modi and prove it to me.” He said that while in the Modi government, Harsimrat Kaur Badal and her entire family used to call the black farm laws as very progressive.

“Now that the people have shown them the real place, they are lying, misleading them and trying to be farmer friendly,” he said. Mann said that Congress MP Ravneet Singh Bittu had also said that all the opposition parties of NDA including the Aam Aadmi Party had protested it in the standing committee. He said that the Aam Aadmi Party has been opposing these black farm laws from day one. “The AAP is protesting against the black farm laws from the streets to the Parliament and the protests would continue till the anti-people black laws are repealed,” he added.