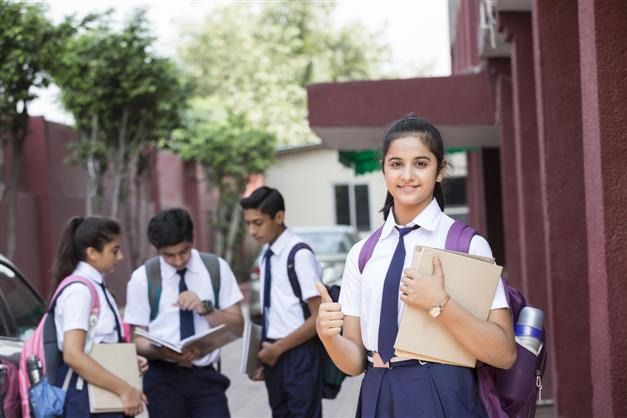 Amidst the mini lockdown imposed by the Punjab government, the Punjab School Education Board, Mohali today announced the results of Class VIII and X. The results have been prepared based on Continuous Comprehensive Evaluation (CCE) because the examinations for both the classes were cancelled owing to the second wave of Covid 19.

Government schools have excelled in the Punjab School Education Board (PSEB) results for the third year in succession as compared to private schools for Classes VIII and X.

Secretary (School Education) Krishan Kumar said school heads, teachers, students and parents had made concerted contributions towards ‘Mission Cent Percent’ despite facing many odds due to the Covid pandemic.

He said the Education Department had launched ‘Ghar Baithe Sikhya’ programme to cater to the educational needs of students during the pandemic and school teachers toiled hard and adapted to the latest digital applications to prepare lessons for TV/radio channels and even set up their own digital classrooms via Youtube, Google and Zoom apps to reach out to students.

Amritsar District Education Officer (Sec) Satinder Bir Singh said 3, 21,384 students from district had appeared for the Class X examination in the state out of which 3,21, 163 students have passed.

Similarly, 3,07, 272 students from district were evaluated for Class VIII examination, out of which 3, 06, 893 students had passed.

He added that in Class X, the pass percentage of girls was 2% higher than boys, the performance of rural students was better than that of students of urban schools.

“It’s an achievement for us since last year, most of the syllabus was covered through online classes,” said Satinder Bir Singh.

When the state government had ordered closure of schools and colleges in March due to second Covid 19 wave, the government schools were in the middle of conducting offline exams.

NTPC among top 50 at Great Place to Work in India

PM releases eighth installment worth over Rs 20,000 crore to 9.5 crore farmers under PM-KISAN