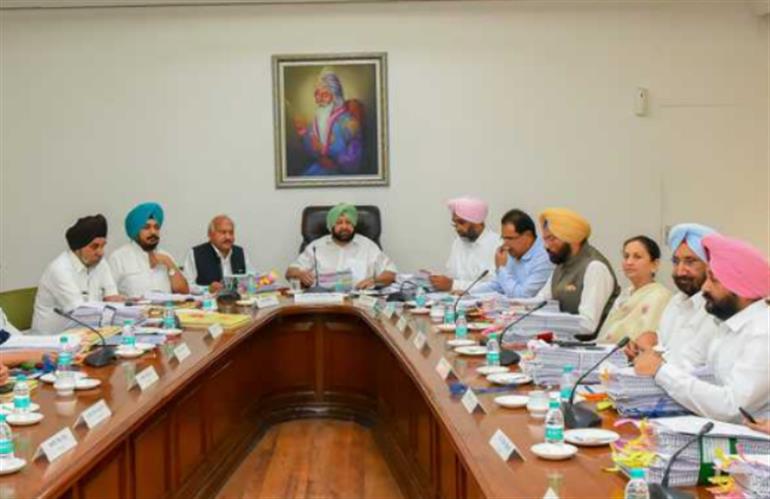 
CHANDIGARH: Decks have been cleared for the establishment of the Enforcement Directorate, announced by Chief Minister Captain Amarinder Singh earlier this month, to check illegal mining in Punjab.

The ED, to be headed by a senior police officer not below the rank of a Deputy Inspector General of Police (DIG), will be set up in the Mining & Geology Wing of Water Resources department. It will also help in ramping up the state’s revenues by curbing the menace of illegal mining.

A spokesperson of the Chief Minister’s Office said the ED would help in checking and stopping unauthorised movement of minor minerals within the state and at the interstate borders of Punjab, in conjunction with the officials of the Mining department. It will also facilitate prosecution of those indulging in illegal mining under Mines and Minerals (Development and Regulation) Act, 1957.  Working closely with the Mining Wing of Water Resources department, the ED will also check that those involved in sand and gravel business do not overcharge on the sale price ceiling prescribed in the Mining Policy.

The ED will have the mandate to develop strategies, measures and methods to effectively achieve the above objectives in coordination with Director Mining, Chief Engineers dealing with mining and District Level Illegal Mining Enforcement Committees’ under the Deputy Commissioners. It will also develop actionable intelligence for said the purpose and co-ordinate with agencies of the neighbouring states dealing with the issue of illegal mining.

The ED would be headed by a Senior Police Officer not below the rank of a DIG at the state level and would be assisted by 3 SP level Officers in the Head Office. Each of the 7 mining blocks (number may vary as per government policy) would be headed by an officer not below the rank of a DSP, with 21 Inspectors/Sub Inspectors at the district level (3 per DSP) and 175 Head Constables/Constables under them. This deployment may be altered/modified from time to time, keeping in view the functional requirements of the ED. The police personnel in ED would be provided salary, equipment, arms, by the Police department. Any special equipment, if required, would be provided from District Mineral Foundation Funds.

In addition to the registration and investigation of mining related cases by various District Police chiefs (CPS & SSPs) as at present, ED would also register and investigate cases in coordination with XENs, SDOs, Mining Officers, under the provisions of Mines and Minerals (Development and Regulation) Act, 1957, Orders of the Supreme Court of India and National Green Tribunal guidelines. It will present Final Reports (challans) thereof to the respective Courts. Investigation of every case would be completed in a time-bound manner.

The Deputy Commissioners & District Police Chiefs (CPs & SSPs) would be required to extend all possible assistance to the officers of the ED, as and when requested. ‘District Level Illegal Mining Enforcement Committees’, under the Deputy Commissioners, would  also be constituted with representatives from among the Civil Magistracy, District Police and the Mining Department, in the concerned districts, to bring in the required synergy and coordination in operations to be conducted against illegal mining.

It may be recalled that the Mining and Geology Department was subsumed in the Water Resources Department in recent past. Subsequently, the department has taken several steps to check illegal mining of sand and gravel efficaciously.

Under its new policy on mining, the Water Resources department has been able to increase the revenue from mining almost 7 to 8 times. Large-scale police action, seizure of mining equipment and machinery, and imposition of heavy penalties have helped in achieving this goal.

When Ricky Ponting tried to make Prithvi Shaw practise, and Shaw said no!