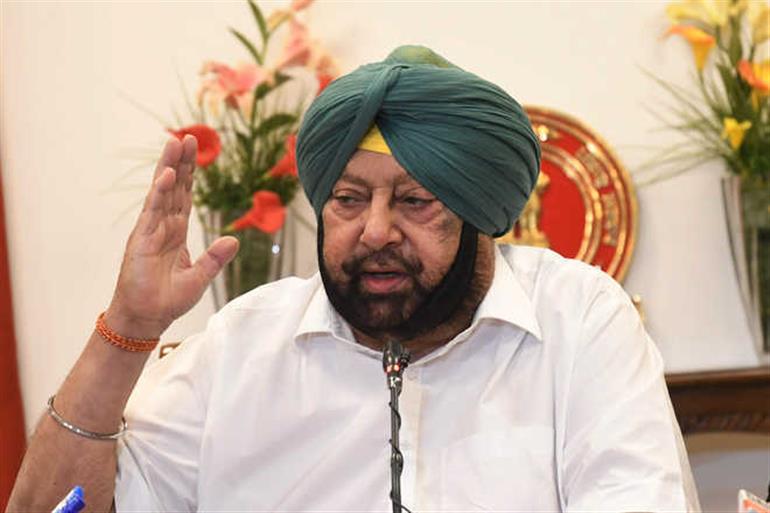 CHANDIGARH: Punjab Chief Minister Captain Amarinder Singh on Friday declared Muslim Majority city Malerkotla as the 23rd district of the State, while announcing a slew of projects for the development of the historic city.

The Chief Minister made these announcements during the state-level celebration of ‘Eid-ul-Fitr’, held virtually in view of the pandemic situation. On the occasion, the Chief Minister underscored India’s secular character, which he said was manifested in the defeat of communal forces in the recent Assembly elections in Tamil Nadu and West Bengal.

Recalling the rich and glorious history of Malerkotla, the Chief Minister said its conversion into a district, which was a long-standing demand of the local people, would ease the hardships of such people and enable them to resolve their administrative problems more seamlessly.

Initially, said the Chief Minister, the sub-divisions of Malerkotla and Ahmedgarh, as well as the sub-tehsil of Amargarh, would be included in the newly created district. The process of bringing villages under the jurisdiction of Malerkotla district would begin later, after the conclusion of the census operations, he added. The Chief Minister directed the Deputy Commissioner Sangrur to find a suitable building to immediately start the functioning of the District Administration office. The Deputy Commissioner for the newly carved out district would be appointed soon, he said.

Announcing various development projects for the Malerkotla, the Chief Minister said that a Government Medical college, in the name of Nawab Sher Mohammed Khan, would soon be set up at a cost of Rs. 500 crore, and the State Government had already allotted 25 acres of land on Raikot Road to enable the local boys and girls to pursue medical education. The first installment of Rs. 50 crore for this purpose had already been sanctioned, he added.

The Chief Minister also announced establishment of a Government College for Girls to impart quality higher education to the local girls, who currently have to travel long distances for the same. A new bus stand will also be constructed at a cost of Rs. 10 crore, he said, adding that Malekotla will also get a ‘Mahila Thana’ , to be exclusively managed by women.

Further, to promote the cultural heritage of Malerkotla, the Chief Minister said he had already written to His Highness the Aga Khan Foundation U.K. to undertake conservation and restoration of Mubarak Manzil Palace, occupied by Begum Sahiba Munawwar ul Nisa, the wife of Nawab Iftikhar Ali Khan, the last ruler of Malerkotla. The Punjab Government has acquired the Mubarak Manzil Palace, and its restoration and upkeep would be a befitting tribute to the Nawabs of Malerkotla to perpetuate the rich legacy of the historic city, he said.

Tracing the city’s history, the Chief Minister pointed out that it was established in 1454 by Sheikh Sadruddin-i-Jahan from Afghanistan, and subsequently the State of Malerkotla was established in 1657 by Bayazid Khan. Malerkotla was later merged with other nearby Princely States to create the Patiala and East Punjab States Union (PEPSU). During the reorganisation of States in 1956, the territory of the erstwhile State of Malerkotla became part of the State of Punjab.

Going down his memory lane, the Chief Minister recalled his own cordial ties with the then Nawab of Malerkotla, whom he fondly called ‘Chachaji’ and who lovingly addressed him ‘Bhateej’ (Nephew) during his early childhood visits to the city.

Pointing to the city’s significance in Sikh history, the Chief Minister said people across the globe, especially Sikhs, revered Sher Mohammed Khan, former Nawab of Malerkotla, who raised his voice of protest against the inhuman act of torture and burying alive of the Younger Sahibzadas Baba Zorawar Singh Ji (9 years) and Baba Fateh Singh Ji (7 years) by the Governor of Sirhind Wazir Khan.

The Chief Minister further said that thereafter, Sri Guru Gobind Singh Ji had blessed Nawab Sher Mohammed Khan and people of Malerkotla that the city will live in peace and happiness. He further noted that the city is also blessed by the Sufi saint Baba Haider Sheikh, whose dargah also exists here.