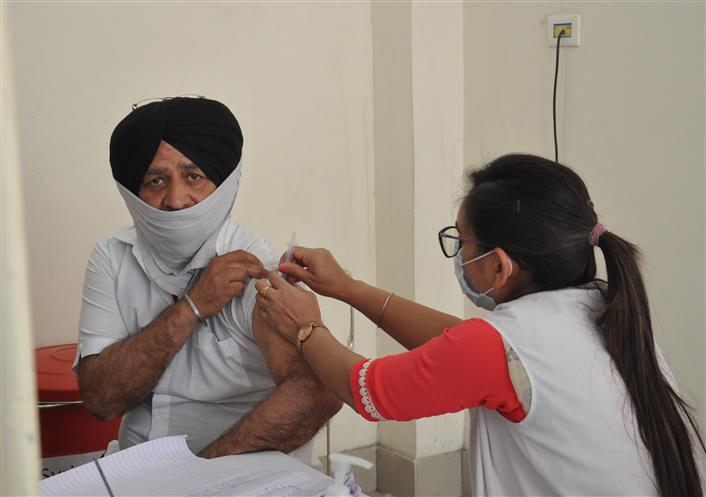 Punjab has been neither conducting adequate number of tests nor been able to promptly isolate COVID-19 positive people, the Health Ministry said on Tuesday.

Giving an overview of the COVID-19 situation in states and Union Territories that are witnessing a surge in cases, Union Health Secretary Rajesh Bhushan said in Punjab, where the average daily new cases in the second week of February was 332 it has now risen to 2,742.

Also, the average daily deaths which was eight in Punjab in February has now increased to 52.

“This signifies that neither are you (Punjab) doing adequate number of tests nor are you able to promptly isolate the positive people,” he said at a press conference.

Punjab has been recording a high case positivity rate of 8.82 per cent, the Health Ministry said.

The Punjab government on Tuesday extended restrictions to tackle the coronavirus pandemic with schools and colleges to remain shut for another 10 days.

Punjab Chief Minister Amarinder Singh also ordered ramping up of testing and coronavirus vaccination drive with officials informing him that a fall in daily cases is expected only by mid-May.

The CM also directed officials to identify places to set up mobile vaccination centres, according to a statement.

In the 11 worst-hit districts, a complete ban was ordered on all social gatherings, except for funerals and weddings, in which only 20 people were allowed.

A recent survey had shown the UK strain of the virus to be the most prevalent in Punjab. PTI

Centre releases Rs. 30,000 crore as GST Compensation as well as Rs. 28,000 crore as IGST ad-hoc settlement to the States/UTs

Centre releases Rs. 30,000 crore as GST Compensation as well as Rs. 28,000 crore as IGST ad-hoc settlement to the States/UTs

Pfzier and BioNTech to donate COVID-19 vaccines for Olympic athletes