Sikh spirit of service must be researched and documented: PM 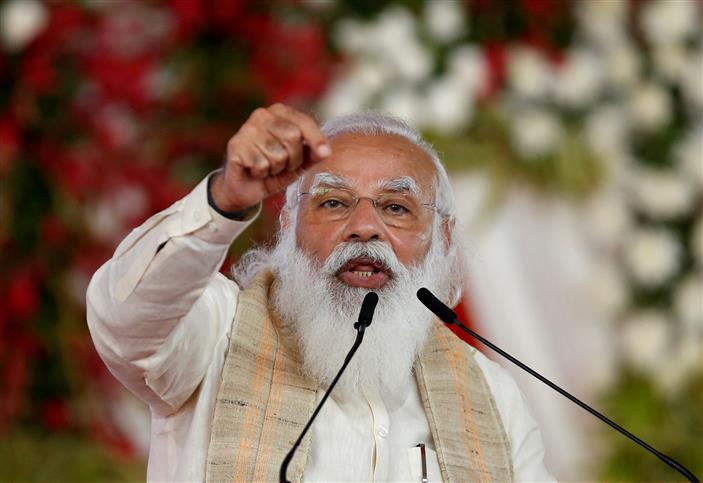 Prime Minister Narendra Modi on Thursday called for extensive research and documentation of the Sikh spirit of service worldwide and the evolution of Gurdwaras as the living centres of community service.

Addressing the high-level committee meeting to plan the 400th birth anniversary of Guru Tegh Bahadur virtually on Thursday, the PM said the government will give a fitting tribute to the ninth Sikh Guru whose life was an example of supreme sacrifice and wisdom.

“The occasion to mark the Parkash Purab of Guru Tegh Bahadur is a spiritual privilege and national duty. We have been blessed by the Gurus to be able to contribute to this historical occasion,” the PM said seeking detailed written suggestions from the committee members on the various aspects of the year-long celebrations the government plans.

The PM said no segment of Indian history in the last four centuries has been such as can be imagined without the impact of Guru Tegh Bahadur.

“We all take inspiration from the life of Guru Tegh Bahadur and must take his life lessons to the younger generation too. Guru Nanak to Guru Tegh Bahadur to Guru Gobind Singh, the Sikh Guru tradition has been a complete life philosophy in itself and we must celebrate it across the world,” said the PM at a meeting attended by former PM Manmohan Singh, Punjab CM Amarinder Singh and Haryana CM Manohar Lal Khattar.

Purposiveness of life can be learnt from the lives of the gurus that have been a lesson in “supreme sacrifice, spiritual loftiness and intellectual depth”.

The PM said yearlong celebrations of Parkash Purab must connect as many people as possible with Sikh religious shrines aiding the journey.

Stressing the use of digital technologies to spread the message of Guru Tegh Bahadur and his shabads, the PM said, “We have to connect more and more people with us. The Sikh guru tradition must be taken to the world. We must research how Sikhs and other followers of the Gurus are following the path of service, how gurdwaras have become living examples of public service. We must document this spirit of service of the Sikhs,” noted the PM.

Amit Shah as home minister is the chairman of the national implementation committee for Guru Tegh Bahadur’s Parkash Purab celebrations.

Nadaun man dies due to Covid-19