Telangana to procure paddy from farmers in villages 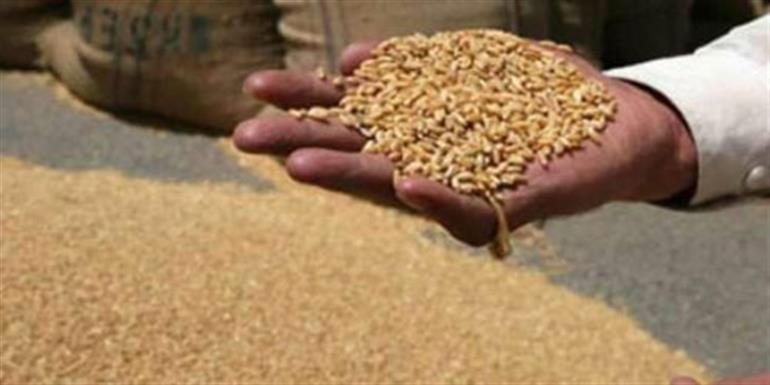 With this, the state government has reversed its earlier decision not to set up procurement centres in villages this year.

The Chief Minister said in view of the resurgence of the Covid-19 pandemic, it was decided to procure paddy during the summer season through 6,408 centres in the villages all over the state.

The decision was taken at a high-level review meeting he held with ministers and top officials of Agriculture, Marketing, and Civil Supplies Departments.

KCR, as Rao is popularly known, instructed Principal Secretary, Finance, Ramakrishna Rao to make all arrangements to give a Rs 20,000 crore bank guarantee by Tuesday evening. He also asked Chief Secretary Somesh Kumar to conduct an emergency videoconference with all the Collectors for the setting up of the procurement centres.

The CM asked Agriculture Minister Niranjan Reddy to be in Hyderabad and monitor the setting up of the procurement centres and procurement of the paddy. The minister and the Chief Secretary were asked to take all precautions so that farmers were not put to any difficulty while the paddy is procured.

In December, the government had said that it will not be able to set up procurement centres in villages. It said the procurement was taken up during the pandemic on a humanitarian consideration that farmers should not suffer losses.

They had also noted that the new farm laws being implemented in the country allowed the farmers to sell their crop anywhere and hence, the state government need not set a purchasing centres in the villages.

On Monday, KCR asked officials to ensure that Minimum Support Price (MSP) conditions are implemented during the procurement. He wanted the farmers to ensure that the paddy they are bringing in to the centres should have not more than 17 per cent moisture. The farmers should ensure that the moisture percentage is less and they should follow conditions of the MSP. The CM instructed the officials to keep the 20 crore gunny bags ready at the procurement centres.

KCR noted that the cotton produced in Telangana state had a better price in the international market. Since the cotton produced in the state has better quality and has higher price as well as higher yield, in the coming monsoon season, the farmers should be ready to grow cotton in 75 to 80 lakh acres. In this regard, the CM asked Principal Secretary, Agriculture, Janardhan Reddy to make arrangements for the procurement of the seed. In a similar way, arrangements should also be made to cultivate red gram in 20 to 25 lakh acres in the State. The CM said if cotton and red gram crops were given water periodically, the yield would be more.

The CM instructed the Chief Secretary to identify lands to be given on lease to the Central Warehousing Corporation which are ready to construct additional warehouses to store the food grains.

Taking Care of Artisans and Weavers

Two arrested for killing woman over dowry in Uttar Pradesh

Centre raises oxygen supply to 8 surge states, appeals for its ‘rational use’