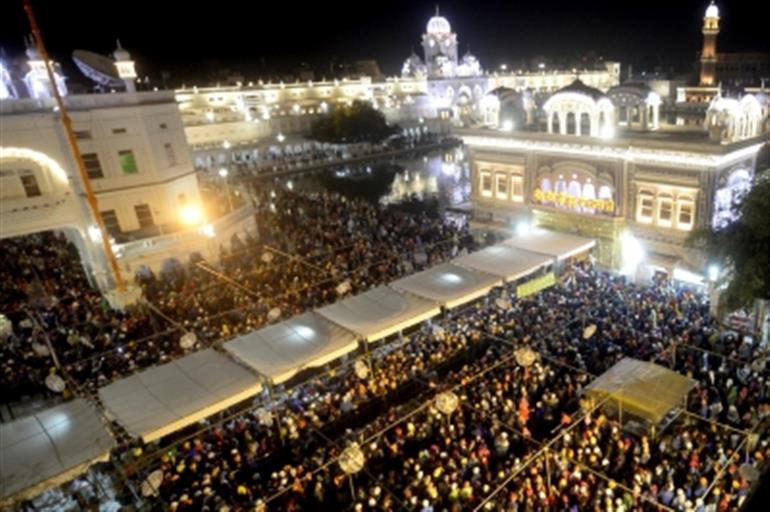 
ANANDPUR(PUNJAB):B Amid the coronavirus pandemic, thousands of men, women and children on Monday congregated at Takht Keshgarh Sahib, one of the five top Sikh shrines, as the three-day Hola Mohalla celebrations, which coincide with the festival of Holi, concluded.

This holy town, home to the second most important Sikh shrine after Amritsar’s Harmandar Sahib, popularly known as the Golden Temple, was beautifully decked up to mark the occasion.

Anandpur Sahib is located about 85 km from Chandigarh.

It was at this shrine that the 10th and final Sikh master Guru Gobind Singh had in 1699 baptised five men and founded the Khalsa Panth, which is the modern-day Sikh religion.

The Hola Mohalla celebrations made their beginning around 1701 as Guru Gobind Singh wanted his troops to have mock battles to keep them battle-ready.

Political parties like the ruling Congress, the Shiromani Akali Dal and the opposition Aam Aadmi Party (AAP) did not organise political conferences to mark the occasion owing to the pandemic.

Elsewhere, religious fervour was quite evident at the Golden Temple and other historic gurdwaras across the state as devotees began to assemble since early morning hours to offer prayers.