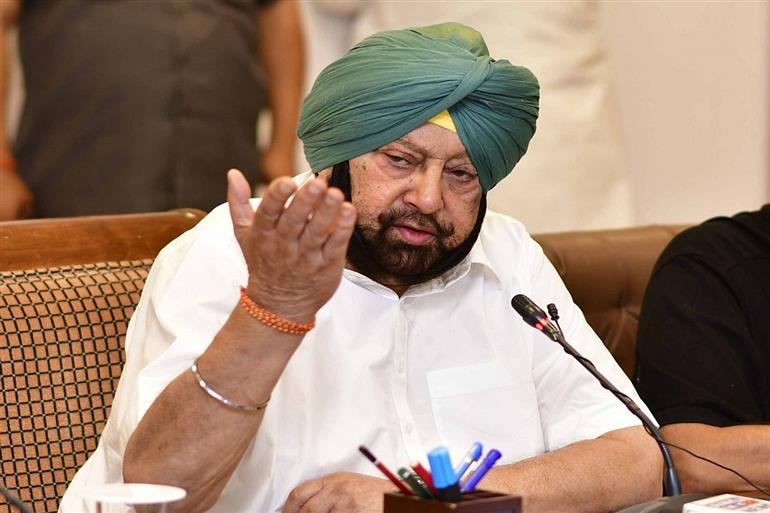 CHANDIGARH: Underlining his commitment to provide homes to the urban poor, Punjab Chief Minister Captain Amarinder Singh on Tuesday directed the Local Government department to expedite work on his flagship Basera project to achieve the target of giving proprietary rights to 10000 slum households by September 2021.

Reviewing the functioning of the Local Government department during a virtual meeting, the Chief Minister asked the officials to fast-track all major projects under state and central government schemes to ensure their completion and commissioning by December this year.

Under the Basera scheme, 196 Slums had been identified and 25,850 Households surveyed, he pointed out, calling for urgent completion of the work of transfer of proprietary rights to 10000 households in the next four months. He also directed the department to ensure completion of all sanctioned 97598 houses under the PM Awas Yojana also at the earliest.

Referring to unutilized funds under the AMRUT, Smart City and some other schemes, the Chief Minister stressed the need to complete the projects at the earliest, while underlining the importance of immediate steps to initiate new sanctioned works also on priority.

Terming the Budha Nullah scheme as a key project for the state, he emphasized the need for ensuring proper and timely completion, and asked the department to complete certain phases by December 2021.

The Chief Minister underscored the importance of bringing Punjab in top-ranked States in terms of cleanliness and door-to-door collection under the Swachh Bharat Mission, while directing the department to expedite the various Surface Water Projects too.

The Department must put special effort for the implementation of the Management & Transfer of Municipal Properties Act, he stressed, pointing out that was a long-standing political demand, which his government was committed to realising.

HUDCO, UEIP (various phases) and Fire Services were some of the other projects which the Chief Minister listed out as important for the upgradation of urban infrastructure in the state.

Local Government Minister Brahm Mohindra earlier apprised the Chief Minister of the progress on various projects, and assured of their timely completion. Principal Secretary Local Government, Ajoy Kumar Sinha, made a detailed presentation on the schemes underway in the state.

Secretary Local Government and CEO Punjab Municipal Infrastructure Development Corporation (PMIDC), Ajoy Sharma, informed the meeting that expenditure to the tune of Rs.673.88 crore has been incurred during Financial Year 2018-19 on schemes like Smart Cities Mission, AMRUT Mission, Swachh Bharat Mission, HUDCO, Urban Mission & Punjab Urban Environment Improvement Program I, II and III. A sum of Rs.1092.27 crore (2019-20) and Rs.1307.99 crore (2020-21) had been spent on these said schemes, besides projected expenditure of Rs.3602.5 crore for 2021-22, he disclosed.

GST Council meeting will be held on May 28

Summer vacations in all schools from May 24 in Punjab