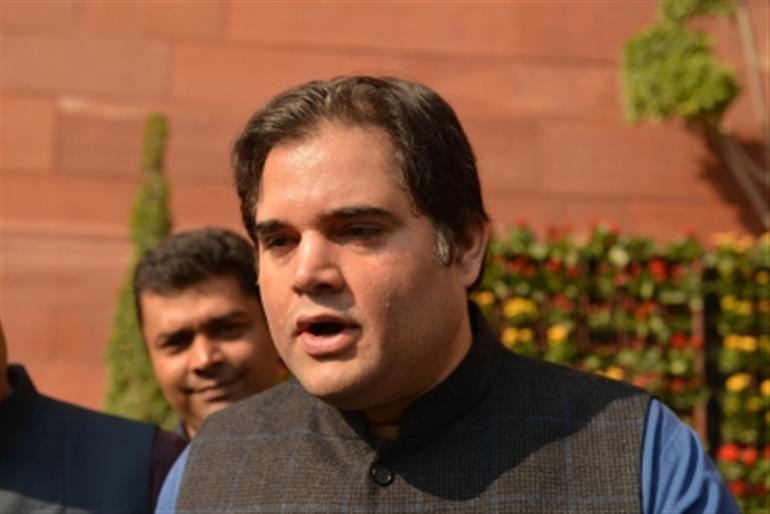 
PILIBHIT: Bharatiya Janata Party MP from Pilibhit, Varun Gandhi, has sent a letter to the Director General of Police of Uttar Pradesh seeking a ‘fair investigation’ into the murder of two sisters, aged 18 and 20, in the Jasoli village on March 22.

Gandhi wrote in the letter that he was informed about the incident by residents of Bilaspur and they have sought his intervention in the matter.

The police have claimed it to be a case of honour killing and have booked the mother and two brothers, along with two others, for ‘concealing evidence’.

The local residents claim that the family members are innocent and are being framed by police.

None of the brothers have any criminal history. The elder brother was collecting money for his sister’s marriage for the past few months.

Earlier, in a complaint to the police, the girls’ younger brother had alleged that the brick kiln owner, the manager and the contractor had coerced his elder sister into physical relationships with them.

“They would rape her. On that night, my younger sister saw the three of them in a compromising situation. The accused strangled her, afraid she would spill the beans. Then, they hanged my elder sister from a tree to destroy all evidence,” the complaint said.

A day after the two sisters were found dead — one hanging from a tree and another dumped in a field, the girls’ family said that they were under pressure to confess to the murder.

The girls’ mother and younger brother were taken into custody for “honour killing”. The elder brother is absconding.

Ironically, contractor Ramdas, who was mentioned as an accused by the family, was made an eyewitness in the case.

The then Pilibhit Superintendent of Police Jai Prakash Yadav had implicated the family. “It was a case of honour killing. We have collected evidence to prove this,” he had told reporters before being transferred later in the week.

“This is an extremely horrifying and tragic case and I have impressed upon the district administration, the need to urgently deliver justice. The facts are not easy to dissect because there are two different versions of what happened or what could have happened. I have asked them to immediately reinvestigate the matter. The new superintendent of police has joined in Pilibhit, and I would request him to make this case a priority. I will keep an eye on this case and ensure justice is delivered,” the BJP MP told local reporters.

As the occupancy in theatres is reduced to 50 per cent again, Punjabi filmmakers hope good times are back soon