Will contest all Assembly seats in Punjab: BJP 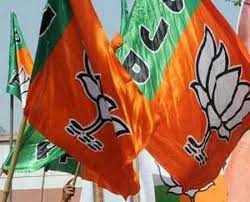 The BJP will form the next state government in 2022, claimed Sudan Singh, national vice-president of the party, while addressing a two-day conference of the state unit here today.

The senior leaders of the BJP strategised a policy for the coming months as Assembly elections are scheduled for the next year. Addressing the leaders, Sudan Singh emphasised the party had the requisite organisational infrastructure to contest all 117 constituencies.

The party, which recently parted ways from its long-time ally SAD, is confident that Punjabis understand the “heinous role played by the Congress in the 1984 riots and justice was only dispensed after the BJP government came into power at the Centre”. “The BJP understands the deep wounds which our brothers suffered during that terrible period,” said Dushyant Gautum, Rajya Sabha member and organising secretary of Punjab.

I suffered setbacks because nature wanted me to be stronger: Vinesh Phogat