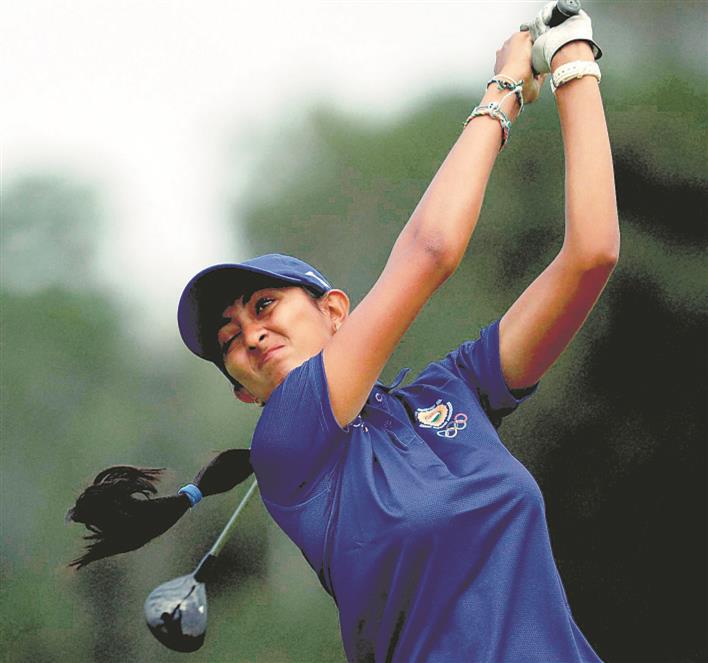 Indian golfer Aditi Ashok made a quiet start at this year’s first Major, the ANA Inspiration, carding a 1-over 73 to be placed tied-70th, which is the current projected cut line.

Making her 16th Major appearance, Aditi started on the 10th and dropped shots on the par-4 10th and the par-3 fifth, while making a birdie on the par-4 third.

Aditi hit nine of the 14 fairways and found only half of the 18 greens in regulation and needed 27 putts.

Aditi is playing the ANA Inspiration for the fourth time and her best has been tied-42 in 2017. Aditi’s best in a Major is tied-22 at the Women’s British Open in 2018.

Thailand’s Patty Tavatanakit shot a 6-under 66 to lead the field. The 21-year-old had a bogey-free round. The highlight was that she reached all the par 5s in two and birdied three of them.

Michelle Wie West, who got back to the tour last week after a 21-month break, was 2-under 70 and tied-16 after the first day. — PTI

Man dies for want of oxygen in Jind hospital

My workload management during IPL will be keeping England Tests in mind: Bhuvneshwar