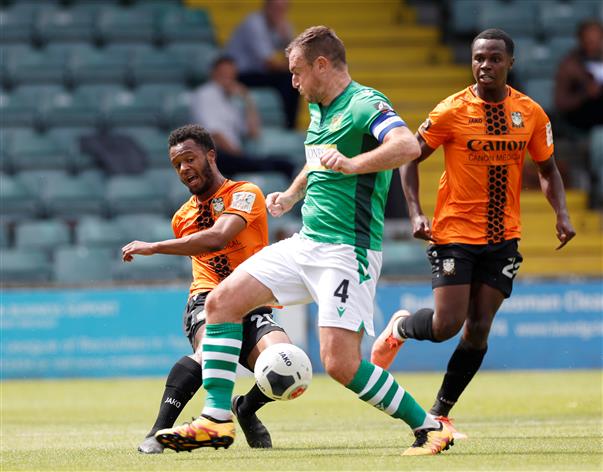 The captain of English soccer club Yeovil has died, prompting the postponement of the team’s fifth-division match on Friday.

Lee Collins, who was 32, died on Wednesday, Yeovil said in a statement on Thursday. The club did not disclose the cause of death.

Collins last played for the club on Feb. 6.

“Lee sadly passed away yesterday and our thoughts and prayers go out to his family and friends,” Yeovil said. “We ask everyone to respect the family’s privacy at this time.” Collins, a versatile defender, spent his career in the lower leagues. He started at Wolverhampton Wanderers and had spells at Hereford, Port Vale, Barnsley, Shrewsbury, Northampton, Mansfield and Forest Green before joining Yeovil in 2019.

Yeovil was scheduled to play Altrincham in the National League on Friday. Yeovil is in 14th place in the 23-team division. The team played in the second division as recently as the 2013-14 season. AP

President’s Greetings on the Eve of Mahavir Jayanti