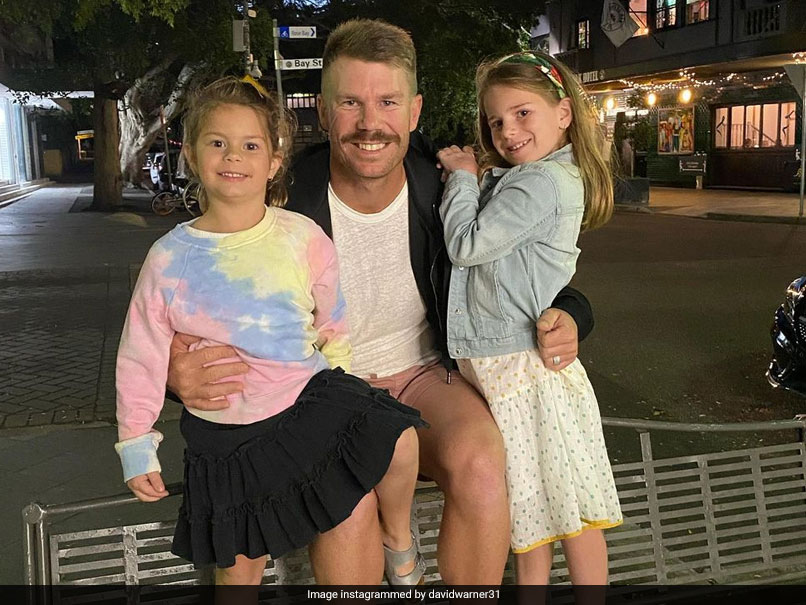 
Australian cricketer David Warner, who is currently stuck in the Maldives after the abrupt suspension of the Indian Premier League (IPL 2021), shared the first school project of his daughter, Indi, on social media. Warner, along with other Australian players who were part of IPL 2021, had travelled to the Maldives after the suspension of the cash-rich league. There, the cricketers are completing their 14-day quarantine, as the Australian government has banned travellers from India in the wake of the second wave of the COVID-19 pandemic in the country.

Indi painted a picture of “her favourite place Coogee Rockpool” for her first school project. Warner, his wife Candice along with their daughters also featured in the painting. Warner captioned the post, “Indi doing her first project for school. Her favourite place. Coogee Rockpool. Very creative little girl and even the detail on daddy’s moustache is good. #love #family @candywarner1 miss you all.”


Responding to his post, Candice wrote, “I’m a little concerned for Isla’s safety in that pool on her own.”

Earlier this month, the Board of Control for Cricket in India (BCCI) suspended the cash-rich league mid-way after the IPL bio-bubble was breached. Prior to the suspension, the 2016 champions SunRisers Hyderabad had removed Warner as their skipper following their fifth loss of the season at the hands of MS Dhoni-led Chennai Super Kings (CSK).

New Zealand’s Kane Williamson was appointed the new SRH captain. And to make matters worse for Warner, he was also dropped from SRH’s playing XI.

However, the change in captaincy did not change Hyderabad’s fortune as they lost their next game, too, at the hands of Rajasthan Royals (RR) by 55 runs.