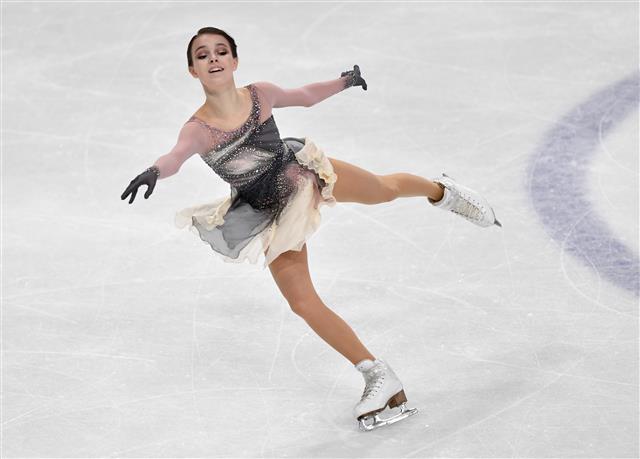 Anna Shcherbakova led a Russian sweep of the women’s singles  medals at the figure skating world championships on Friday.

The 16-year-old, who celebrates her 17th birthday on Sunday, secured her first world title with a 233.17 score after leading Wednesday’s short programme with a personal best of 81.00 points.

Alexandra Trusova, 16, won the bronze with a final score of 217.20 despite falling twice.

American Karen Chen missed out on a medal in fourth but secured a third US team spot at next year’s Beijing Winter Olympics.

The three medallists stood on isolated podiums, wearing facemasks and collecting their own medals and bouquets.

A fragment of Tchaikovsky’s piano concerto number one was played instead of the Russian anthem, which has been banned at such events under sanctions imposed by the World Anti-Doping Agency (WADA).

The trio skated as FSR athletes under the flag of the Russian figure skating federation.

It was the first women’s podium sweep since the U.S. team of Kristi Yamaguchi, Tonya Harding and Nancy Kerrigan won all three medals in 1991.

“I really tried to do my best and fight for every element. I’m not satisfied with my performance, but I’m so happy that I’m first,” said Shcherbakova.

Russians Anastasia Mishina and Aleksandr Galliamov won the pairs gold on Thursday after dazzling the judges with their free skate performed to Queen’s ‘We are the champions’.

The world championships were cancelled last year due to the COVID-19 pandemic. Reuters

3rd ODI: Strategic shift could be on cards for India in series decider

3rd ODI: Strategic shift could be on cards for India in series decider