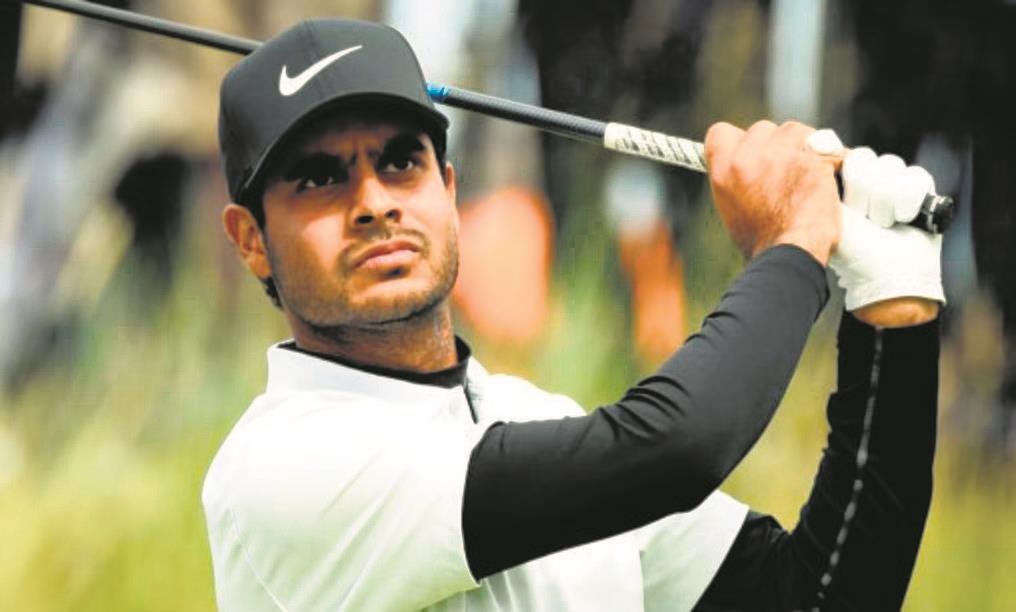 Indian golfer Shubhankar Sharma was placed Tied-53rd after carding a second consecutive 71 in the third round of the British Masters.

The Chandigarh golfer had an action packed end to his round, birdying the 15th and 18th holes, and bogeying the 16th and 17th.

The only one to make the cut among four Indians in the field, Sharma carded 1-under 71 and was 1-under 215 after three rounds.

Sharma birdied the third and fifth holes, raising hopes of a good day as he moved up the leaderboard. A bogey on the ninth was a step backward but after five pars, he finished with two birdies and two bogeys on the last four holes.

England’s Eddie Pepperell’s bid to win the British Masters for a second time got a boost as he carried a one-stroke lead into the final round. — PTI