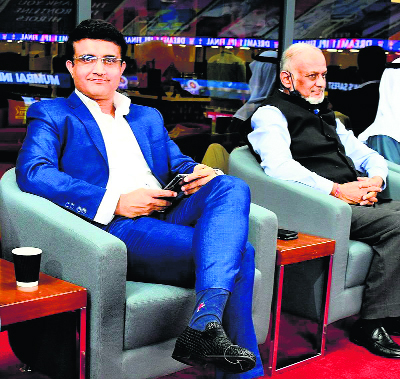 Indian cricket board (BCCI) president Sourav Ganguly has said that this year’s suspended IPL tournament can’t be completed in India while the country battles the coronavirus crisis. He added that the tournament could also struggle to find a time slot elsewhere.

The tournament was suspended indefinitely early this month after a few players or team staff tested positive for Covid-19 inside the bio-secure bubble. As the Covid-19 case spiralled in India, more than 10 players and support staff in the IPL teams tested positive.

Ganguly said there is no way the tournament could resume before India play the final of the World Test Championship (WTC) against New Zealand in England, beginning June 18.

Asked if the tournament could be resumed in England after the World Test Championship (WTC) final, Ganguly, speaking to a sports magazine, said: “No. India is supposed to go to Sri Lanka for three ODIs and five T20Is. There are lots of organisational hazards like 14-day quarantine. It can’t happen in India. This quarantine is tough to handle. Too early to say how we can find a slot to complete the IPL.”

Was it right to continue?

Asked whether the IPL should have been called off earlier, Ganguly said: “You can say that now in hindsight that the IPL should have been called off earlier. Mumbai and Chennai (legs) did not have cases. Only when the IPL reached Delhi and Ahmedabad did the cases rise. People will say a lot of things in any case. The English Premier League had so many people affected. But they could reschedule the matches. But you can’t do that with IPL. You stop it for seven days and it is done. Players go back home and then the process of quarantine starts from scratch.”

India have a complicated schedule in coming months. India will go to England in early June to prepare for the world Test final. They are then scheduled to visit Sri Lanka in July before returning to England for five Tests in August and September, so it would be difficult to find a time slot for the tournament to be completed.

Ganguly said that life in the bio-secure bubble is difficult, but added that this is the only way sport can be organised in the current circumstances.

“Bubble life is harsh; it’s the toughest thing,” said Ganguly. “Since last September, a majority of players around the world have been living inside a bubble. There is no option. We can’t play cricket without the bubble.” — TNS, agencies