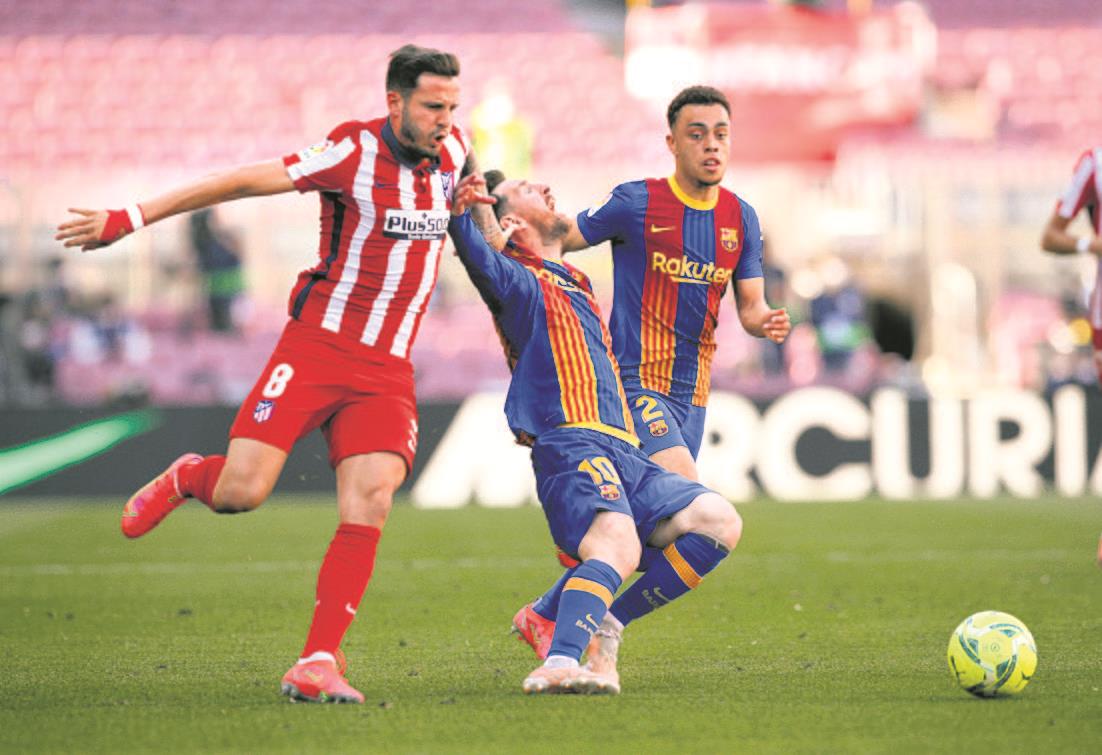 Madrid: After Atletico Madrid held on to their La Liga lead again, this time by earning a draw against Lionel Messi’s Barcelona at their home ground at Camp Nou, Atletico coach Diego Simeone said the tension is unbearable. “I’m not watching these matches, it’s not something that is good for me,” Simeone said after the 0-0 draw that took Atletico to 77 points and Barcelona to 75, while Real Madrid lurk right behind at 74. Real would take the lead with a victory on Sunday (early Monday IST) because they hold the head-to-head tiebreaker against Atletico.

Munich: Bayern Munich earned their ninth consecutive Bundesliga title after RB Leipzig’s 3-2 loss at Borussia Dortmund and their own later 6-0 demolition of Borussia Moenchengladbach that put them 10 points clear with two games left to play.

Tenerife (Spain): Gaganjeet Bhullar fired seven birdies and two bogeys in a round of a 5-under 66 to end up Tied-38th in the Canary Islands Open today. Bhullar’s four-round total of a 12-under 272 was the best result by an Indian golfer at the event, which was won by South Africa’s Garrick Higgo, who finished a stunning 27-under for the tournament. Among the other Indians in fray, SSP Chawrasia finished Tied-61st at 6-under, Shubhankar Sharma 69th after a final round of 74, and Ajeetesh Sandhu ended up Tied-71st with an aggregate of a 3-under 281.

American sprinter Justin Gatlin, who is trying to reach his fourth Olympics, said he felt safe competing in Tokyo. Gatlin won the 100m final in 10.24 seconds at the test event. “I felt beyond safe,” he said. “I’ve been tested every day.” But he said these Olympics will not please everyone. “I know a lot of athletes are not going to be happy with this, but these are the measures to keep us safe. I think it’s worth it,” he said.

Rome: Naomi Osaka is conflicted over whether the Tokyo Olympics should be held amid the coronavirus pandemic. The world’s second-ranked tennis player, who represents Japan, was asked about the Olympics at the Italian Open today. “Of course I would say I want the Olympics to happen, because I’m an athlete and that’s sort of what I’ve been waiting for my entire life,” she said. “But I think that there’s so much important stuff going on, and especially the past year,” Osaka added. “I think a lot of unexpected things have happened and if it’s putting people at risk, and if it’s making people very uncomfortable, then it definitely should be a discussion, which I think it is as of right now,” she added. “I’ve gotten vaccinated. At the end of the day you can’t force anyone to be vaccinated,” she said. AP/PTI

Commonwealth Games silver medallist Mandeep Jangra made a positive start in the professional boxing circuit, beating Argentina’s Luciano Ramos in his debut bout in the USA. Jangra had travelled to USA two months back for training. The 27-year-old won with a unanimous decision after a four-round bout in the super welterweight category on Saturday. Jangra has signed up with Florida-based Pro Box Promotions.

Pakistan close in on innings victory against Zimbabwe

Left-arm spinner Nauman Ali took five wickets as Pakistan closed in on victory by an innings having reduced hosts Zimbabwe to 220/9 at the close on the third day of the second and final Test today. Zimbabwe, who still trail by 158 runs, lost 15 wickets on the day having been dismissed earlier for 132 in their first innings, but held out in the fading light to force the game into a fourth day. They are replying to Pakistan’s score of 510/8 declared.

Star opener David Warner and cricketer-turned-commentator Michael Slater have denied reports of their involvement in a drunken bar brawl in Male, where Australian cricketers competing in the now-suspended IPL are waiting to board a flight home in a few days’ time.

According to the Daily Telegraph, Warner and Slater got into a late night physical altercation after a heated argument at the Taj Coral Resort where they are in quarantine. 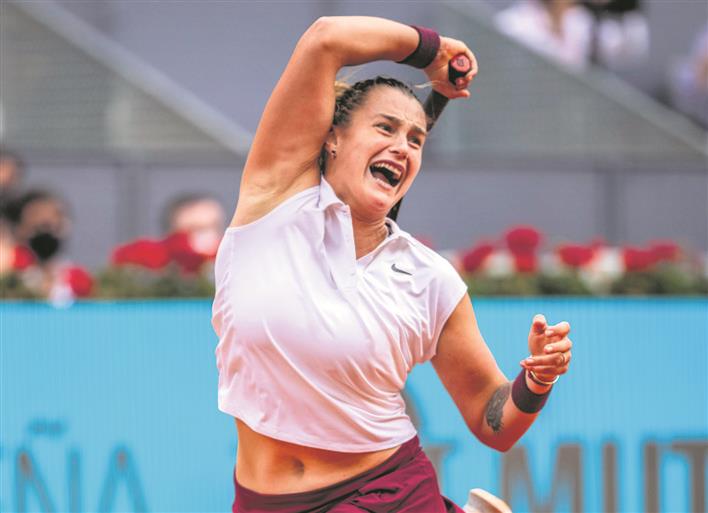 Aryna Sabalenka (in pic) is glad she changed her mind about playing at the Madrid Open. Two weeks after nearly withdrawing from the tournament because of a muscle injury, Sabalenka was standing on centre court with the winner’s trophy in her hands on Saturday. Sabalenka defeated top-ranked Ash Barty 6-0 3-6 6-4 for her 10th WTA title — and first on clay.

A game-worn jersey belonging to Michael Jordan from his sophomore season at the University of North Carolina was sold for a record $1.38 million on Saturday at Heritage Auctions. It broke the previous record for a Jordan jersey when a full game-worn Chicago Bulls uniform from Jordan’s 1986-87 season was sold for $480,000 in October. Agencies

I don’t cater to intellectuals: Salman Khan on making family films with ‘simplicity’