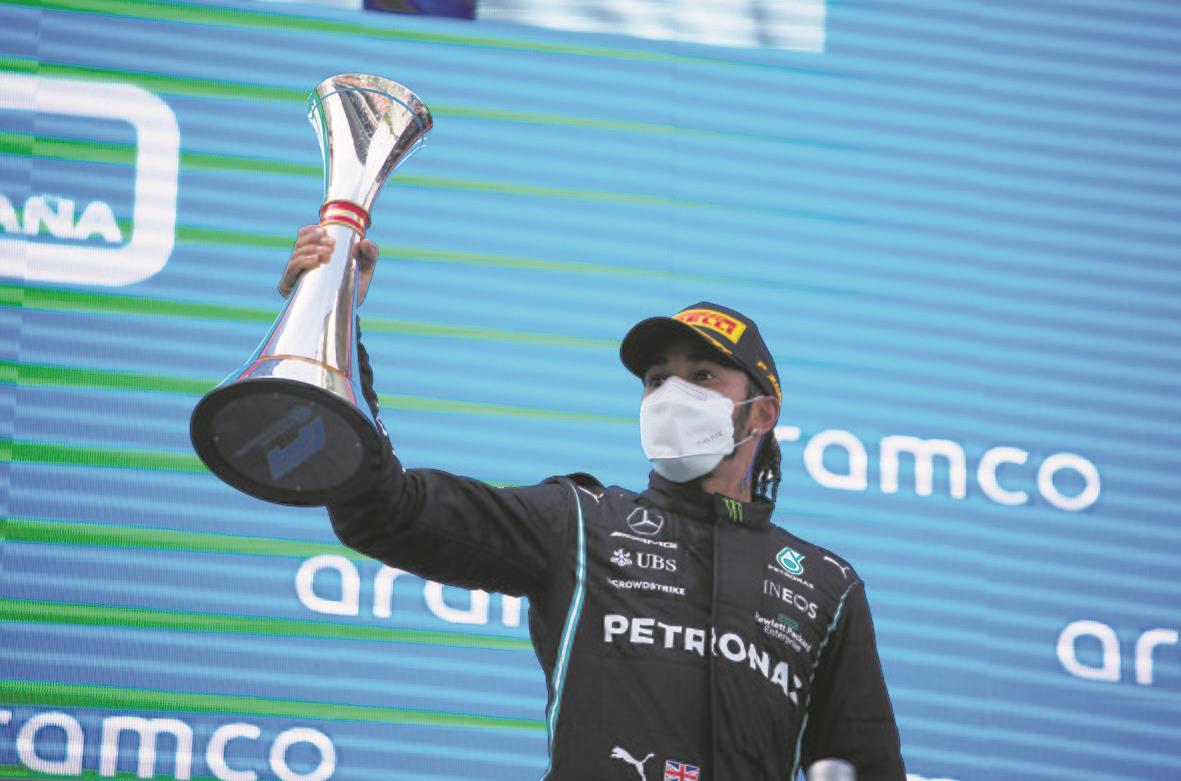 Seven-time world champion Lewis Hamilton hunted down “sitting duck” Max Verstappen to win the Spanish Grand Prix for a record-equalling fifth year in a row today and go 14 points clear at the top of the standings.

The Briton’s 98th victory, from his 100th pole, was his third in four races and he and Mercedes delivered a strategic masterclass after Red Bull’s Verstappen, who finished second, seized the lead at the first corner.

The breakthrough came when Hamilton made a second pitstop with 23 laps to go, returning on fresh tyres but some 22 seconds behind his Dutch rival. Hamilton rapidly closed the gap, defying computer predictions that he would take until the last lap, to sweep past his helpless rival with six to spare in a re-run of his epic chase of Verstappen at the 2019 Hungarian Grand Prix.

Hamilton became the first to succeed from pole this season. He is now a six-time winner at Barcelona’s Circuit de Catalunya. — Reuters