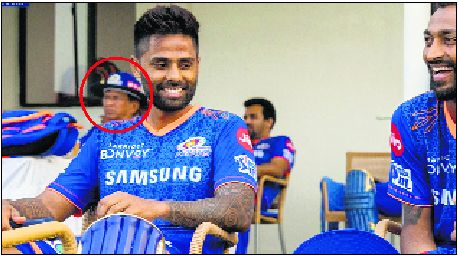 In more worrying news for the IPL, which begins on Friday in Chennai, former India wicketkeeper Kiran More, who is part of the coaching staff of Mumbai Indians, has tested positive for Covid-19.

More, who is a wicketkeeping consultant with the defending champions and also acts as their talent scout, was in the bio-secure bubble as part of the Mumbai Indians’ set-up — the virus breaching the bubble is the most disconcerting thing about More’s case. More joined the Mumbai Indians bubble in Mumbai in March, during the first phase of the preparatory camp.

In the photographs Mumbai Indians put up on the social media, More is seen attending team sessions in the past week.

More is in Chennai with the defending champions, who will kick off IPL-14 when they take on Royal Challengers Bangalore in the city. More, who was asymptomatic, is currently in isolation in Chennai.

“Mr More is currently asymptomatic and has been isolated. Mumbai Indians and Kiran More have followed all the BCCI health guidelines,” the defending champions stated in a statement. “The MI medical team will continue to monitor Mr More’s health and abide by the BCCI protocols.”

It was reported that the rest of the Mumbai contingent went through a rapid testing process and the results were negative.

After the team reached Chennai, Mumbai Indians have conducted two training sessions at the Chepauk ground on April 2 and 4.

Earlier, Delhi Capitals’ all-rounder Axar Patel had tested positive and is in isolation.

After that, Royal Challengers Bangalore opener Devdutt Padikkal tested positive for the virus before joining the team camp in Bengaluru. He is currently in home quarantine.

As per the IPL protocols, asymptomatic cases or people with mild symptoms must be isolated for at least 10 days in a designated area outside of the bio-secure bubble. — Agencies