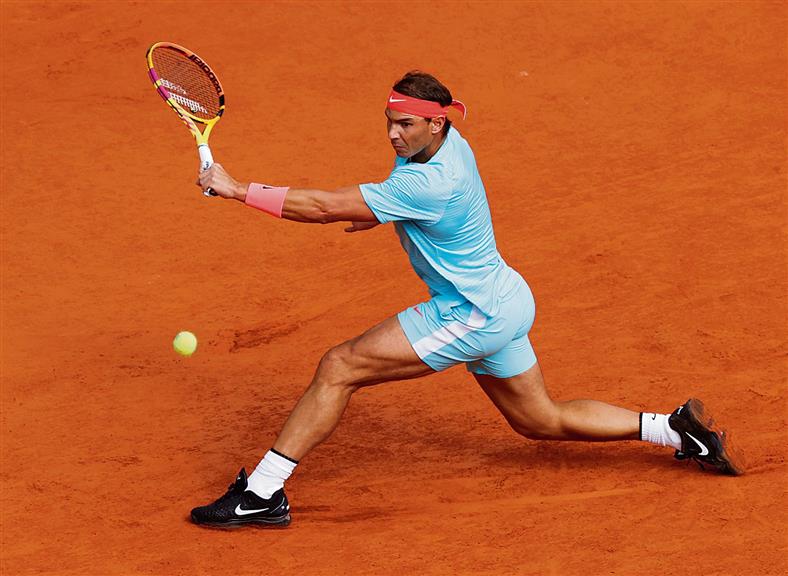 Rafael Nadal has raised doubts about his participation in this year’s Tokyo Olympics amid the Covid-19 pandemic, saying that he has to be flexible and cannot give a clear answer until he organises his schedule for the year.

Japan has extended a state of emergency in Tokyo and three other areas until the end of May as the country battles a surge in Covid-19 cases, raising new questions about whether the rescheduled July 23-August 8 Games should go ahead.

Nadal, who won a singles gold in Beijing 2008 and added a doubles title in Rio de Janeiro eight years later partnering Marc Lopez, said he is yet to firm up his plans on travelling to Tokyo.

“I don’t know yet. Honestly I can’t give you a clear answer because I don’t know. I don’t know my calendar,” Nadal said. “In a normal world I’ll never think about missing Olympics. There’s no doubt about that. Everybody knows how important it has been for me to always play in the Olympics. Under these circumstances, I don’t know. Let’s see what’s going on in the next couple of months. I need to organise my schedule… In a normal year, I know my schedule almost 100% from Jan. 1 until the end of the season.”

“This year is a bit different, no? We need to be flexible. We need to adapt about things that are happening,” Nadal said.

Japan’s top-ranked men’s and women’s players — Kei Nishikori and Naomi Osaka — have raised concerns about staging the Games amid the pandemic.

“This is not like 100 people like these tournaments,” Nishikori said at the Italian Open in Rome. “It’s 10,000 people in a Village, playing a tournament,” he added, referring to the Olympics Village where athletes will stay. “I don’t think it’s easy, especially (with) what’s happening right now in Japan, it’s not doing good.”

Nishikori, who won bronze in the men’s singles at the 2016 Olympics in Rio, added that there was still time before a decision had to be made but was wary about the potential for an outbreak in the Village, a high-rise apartment complex in downtown Tokyo. “You can make a good bubble and maybe you can do it,” he said. “There is some risk too. What happens if there’s 100 cases in the Village? Or it can be thousands.” — Agencies