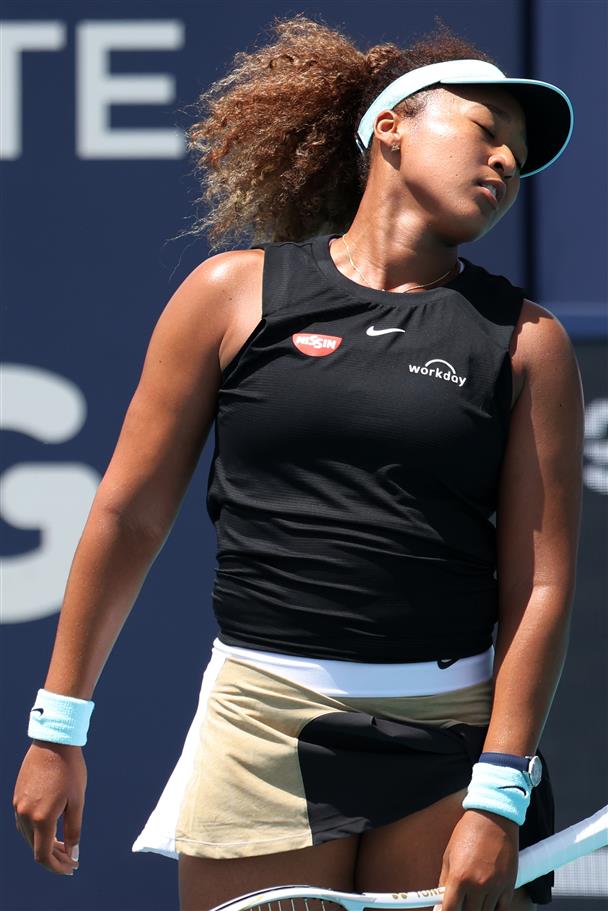 As Naomi Osaka’s 23-match winning streak neared an end, she paused before serving to crane her neck and study the sky, as if seeking intervention from above.

Then she carried on, and so did 23rd seed Maria Sakkari, who upset Osaka 6-0 6-4 in the quarterfinals of the Miami Open. Sakkari earned her sixth career win over a top-five opponent. The defeat was Osaka’s first since February 2020, and it ended any chance of reclaiming the No. 1 ranking this week from Ash Barty, who is in the semifinals.

Roberto Bautista Agut maintained his spotless record against Daniil Medvedev with a 6-4 6-2 quarterfinal victory over the world No. 2, ensuring there will be a new ATP Masters 1000 winner on Sunday. With the exit of the Russian top seed there are no players with a Masters 1000 title left in the draw.

Actors should not be typecast, says Shireen Mirza

70,000 Isolation beds made available by Railways in more than 4400 Covid Care Coaches