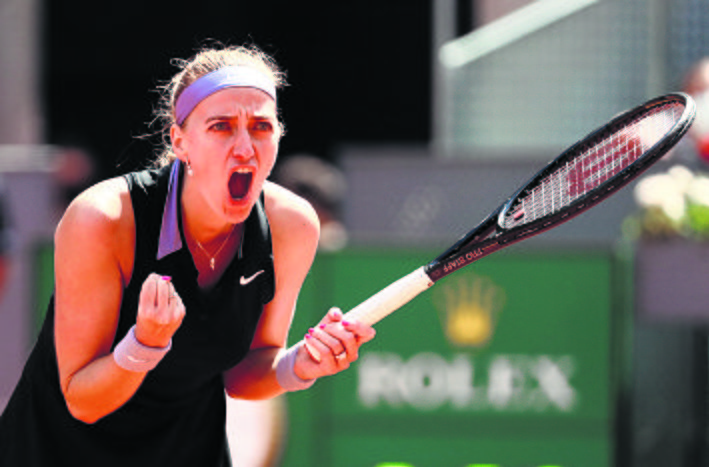 
Madrid: Petra Kvitova entered the quarterfinals of the Madrid Open after a hard-fought win over Veronika Kudermetova. The three-time champion made sure there were no surprises as she saw off Kudermetova 6-3 4-6 6-4 in two hours and 1 minute. “It was just one break in each set. I’m really glad I managed most of it mentally because it was pretty tough,” said Kvitova.

Archer Talukdar in ICU after testing positive for Covid-19

World Cup gold medallist Jayanta Talukdar was being treated in an Intensive Care Unit (ICU) for low oxygen count a week after he was diagnosed with Covid-19, his father Ranjan Talukdar said. “His oxygen level had started plummeting to 92-mark so was shifted to ICU yesterday. He is doing fine with an oxygen cylinder but the level drops the moment it’s removed,” Talukdar senior told PTI. An Arjuna Award winner, Talukdar has also won two Asian Games team bronze medals.

New Zealand have overhauled world champions England as the number one side in the One-day International (ODI) rankings, the International Cricket Council (ICC) said on Monday. England, who have dropped to fourth in the 50-overs format, have retained top spot in the T20 rankings. New Zealand, the World Cup runners-up who have won 20 of their 30 completed ODIs over the last three years, have climbed two spots in the rankings. Australia sit second followed by India and England.

Sri Lanka all-rounder and former captain Thisara Perera on Monday announced his retirement from international cricket with immediate effect. The 32-year-old, who represented Sri Lanka in six Tests, 166 ODIs and 84 T20Is, is expected to keep playing franchise cricket around the world. — Agencies

Bill and Melinda Gates: A duo undone for their charitable empire

Bill and Melinda Gates: A duo undone for their charitable empire

Manesar cops provide food to those waiting for Oxygen refills

Reliance ramps up production of oxygen