Powar back with women’s team 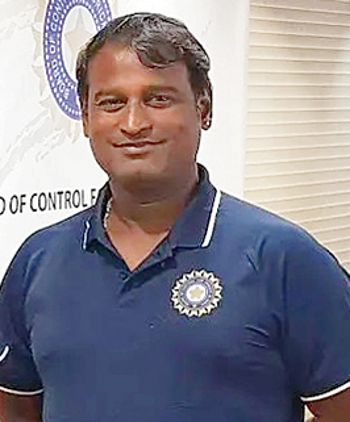 “The Board of Control for Cricket in India (BCCI) announces the appointment of Mr Ramesh Powar as the Head Coach of Team India (Senior Women). The BCCI had advertised for the post and received over 35 applications,” a BCCI statement read.

Power’s first assignment as coach would be a tour of the UK that includes a Test match against England, which begins on June 16. The team is also scheduled to tour Australia before the World Cup.

Powar’s previous stint as the women’s team coach had ended in a bitter dispute with senior player Mithali Raj in 2018, after the T20 World Cup in the West Indies. Mithali had been omitted from the playing XI in India’s eight-wicket semifinals loss to England. She later wrote a letter to BCCI, accusing Powar and former women’s team captain Diana Edulji — then a member of the Committee of Administrators supervising BCCI’s operations — of actions that left her “deflated, depressed and let down”.

Mithali had alleged that Powar “was out to destroy and humiliate” her, and Powar had countered by saying that Mithali “threw a lot of tantrums and created chaos in the team”.

Following this, T20 team captain Harmanpreet Kaur and senior player Smriti Mandhana had written to the BCCI, requesting that Powar be retained as the coach.

However, Powar’s contract as coach was not renewed.

Raman, who had been named coach in December 2018, coached the team to the final of the T20 World Cup in Australia last year.

However, the ODI and T20I series defeats to South Africa — after the team had been inactive for one full year due to the Covid-19 pandemic — seem to have cost him the job.

After Powar had left his post as the women’s team coach, he worked at the National Cricket Academy and with the India A sides. In February this year, he took over as the coach of Mumbai’s men’s team. Under him, Mumbai won the 50-overs Vijay Hazare Trophy title.