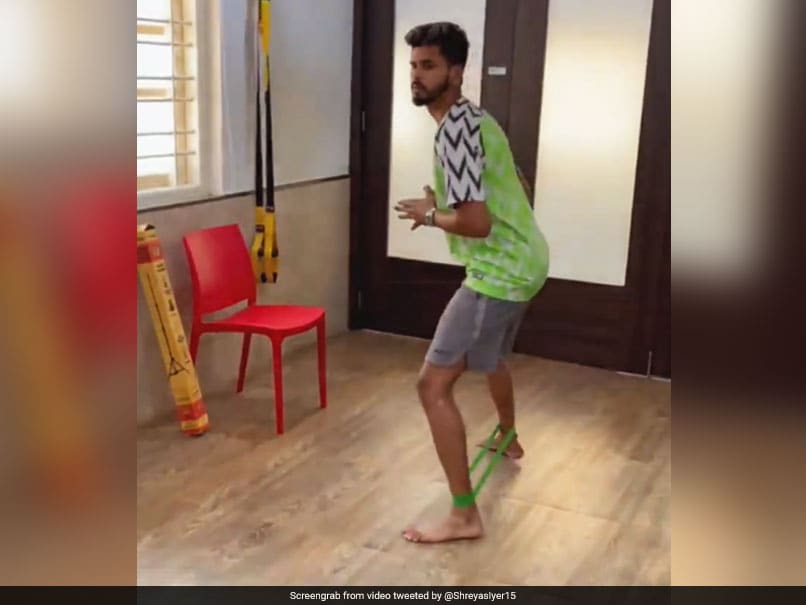 
India batsman Shreyas Iyer has been out of action since injuring his shoulder during the first ODI against England in March. Iyer was ruled out of Indian Premier League (IPL) 2021 and fans have missed seeing the Delhi Capitals skipper in action. On Thursday, Iyer gave a glimpse of how far his recovery has come as he took to social media to share a video of him working out and doing his physiotherapy. ” Work in progress,” he wrote, before asking followers to “watch this space”.

Iyer suffered a subluxation of his left shoulder while fielding against England in the first ODI in Pune. He was subsequently ruled out of the remaining two games and then IPL 2021 as well, with Rishabh Pant taking over the reins of the Delhi Capitals in his absence.

Pant was in good form before his injury in the T20I series against England and the video gave fans some hope of him making a return soon.

With India scheduled to tour Sri Lanka in July for a white-ball series, fans said they wished to see him back in action for the national team then.

“I Hope You Will Be Fine Soon and be available for Sri Lanka tour,” one user wrote.

“Be careful while doing workouts. get well soon Shreyas,” wrote another.

“My favorite cricketer Shreyas Iyer you are the best get well soon,” another commented.

“Bro everyone of us wish you for speedy recovery, the only question everyone has is ,will you be available for the srilankan series????? Pleaseee reply broo we all need you to be back,” a user commented.

“Please get well soon. Want to see u play in the INDvSRI series,” another fan wrote in his reply.

“Get well soon before the SL series, please. Want to see you as the captain of the Indian cricket team,” tweeted another user.

India will be without Virat Kohli and Rohit Sharma for the tour of Sri Lanka, with the regular captain and vice-captain set to be in England preparing for the Test series there in August.