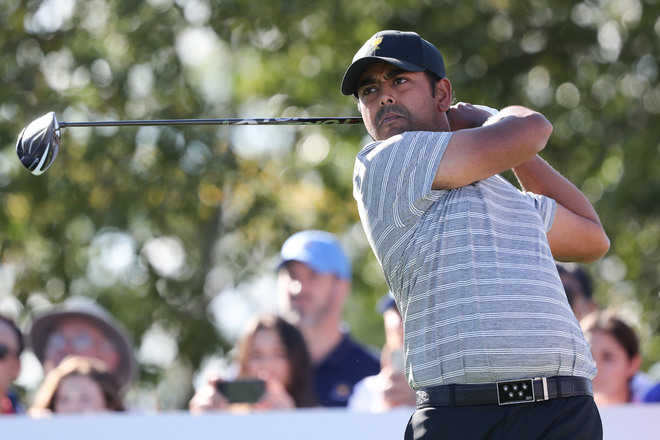 Indian golfer Anirban Lahiri got off to a steady start at the Texas Open as he shot a 1-under 71 to lie tied-22nd here. Lahiri birdied the 14th, 17th and third holes and bogeyed the 15th and seventh.

Colombian Camilo Villegas moved into the lead with an 8-under 64, which included nine birdies and a bogey. Sung Kang and Cameron Tringale are two shots back.

Lahiri, who has been on a disappointing run, was first out on Thursday. “I think it was nice to get out early. I know it was really cold, but the wind hadn’t picked up, so I definitely got some really nice conditions,” he said.

“I’ve been here a few times. I know how hard this course can be. I think the key is basically to try and put yourself in the fairways as many times as possible and also leave yourself in the right positions on the greens,” he added.

“I was pretty solid inside five, six feet, which is also really important because you don’t get a lot of kick-ins, so you have to putt solid. I did hit a few loose shots coming in, felt like I could have closed a couple shots better.” — PTI