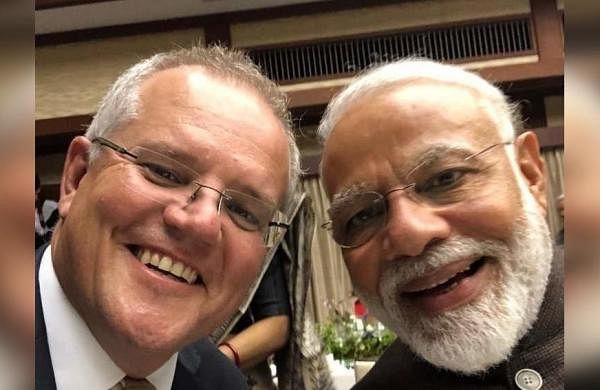 Morrison took to Twitter to wish Modi and the Hindu community in Australia.

“Wishing our Hindu Australian community, my good friend @narendramodi and all the people who are celebrating it, a happy and colourful Holi!,” Morrison tweeted, He also wrote “Holi ki shubhkamnaye” in Hindi.

Wishing our Hindu Australian community, my good friend @narendramodi and all the people who are celebrating it, a happy and colourful Holi!

He also posted a video message on Twitter and noted that last year the festival was overshadowed by the coronavirus pandemic.

He said that this year even though the pandemic will still affect the festival, people can still “look to the future with much greater confidence”.

India is doing a “tremendous job” in making vaccines that are helping the broader world, he said.

He also noted India’s role in Quad, the grouping of India, the US, Japan and Australia.

“We will continue to chart out a way forward together,” Morrison said.

“In a spirit of unity, I wish you all a very happy Holi,” the Australian Prime Minister said.

Holi will be celebrated on March 29 this year.