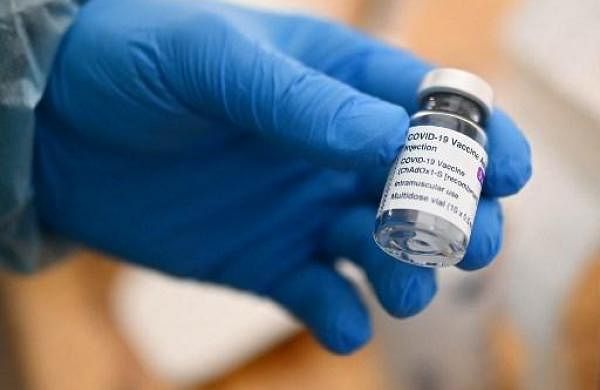 HAGUE: The EU’s drug regulator said Wednesday that blood clots should be listed as a “very rare” side effect of the AstraZeneca coronavirus vaccine but that the jab’s benefits continue to outweigh the risks.

No specific risk factors, including age, have been identified for thrombosis with the AstraZeneca shot, which could stem from an immune response, the European Medicines Agency (EMA) said.

But the watchdog faced questions about its findings as several European countries have discouraged the use of the vaccine in younger people due to the clots, while Britain said Wednesday it would do the same.

“EMA’s safety committee has concluded today that unusual blood clots with low blood platelets should be listed as very rare side effects” of the AstraZeneca jab, the Amsterdam-based regulator said in a statement.

EMA chief Emer Cooke stressed that people should continue to take the vaccine as part of the battle against the disease.

“The safety committee has confirmed that the benefits of the AstraZeneca vaccine in preventing Covid-19 overall outweigh the risk of side effects,” Cooke told a virtual news conference.

“It is saving lives.”

EU health ministers are to meet later Wednesday to discuss the regulator’s findings.

European countries have reported dozens of cases of people with clots in blood vessels draining from the brain after receiving jabs, some of them fatal.

Also fun: if you’re 30-39, you stand as much risk of getting “serious harm” due to the AstraZeneca vaccine (note, not death) as you do of dying while running a marathon https://t.co/hoQzOoqhEJ pic.twitter.com/FSkrkrODBe

Despite the fact that many of the cases have been reported in women under 55, the regulator said it had not been able to pinpoint those at risk.

“The evidence we had did not allow us to draw any causal link between the different gender or age groups,” Cooke said.

“A plausible explanation for these rare side effects is an immune response to the vaccine.”

The EMA studied 86 blood clotting cases, 18 of which were fatal, out of around 25 million people in Europe and Britain who received the AstraZeneca vaccine. Most of the cases were in women aged under 60.

The condition was similar to one seen in some people given the blood-thinner Heparin, Cooke said.

Blood clots had also been seen in other vaccines at very low levels, without any confirmed link, the EMA said.

“The numbers are extremely small compared to the 4.5 million vaccines received worldwide. This is however under close scrutiny,” Arlett said, referring to the number of Johnson & Johnson shots administered globally.

There had been 35 cases worldwide with the Pfizer/BioNTech vaccine and five cases with the Moderna shot, EMA officials said, without providing global data for the number of shots administered.

A British government panel said on Wednesday that most people under 30 should be offered an alternative to the AstraZeneca jab, but the EMA said it did not have the evidence to make a similar recommendation.

“I cannot comment on what the decision-making in the UK to restrict to a certain age was, but I can tell you there’s a lot more use in younger age groups in the UK than in the EU at the moment,” Cooke said.

“And we will certainly take that into account in our further evaluations.”

Hafed bazaars in all district soon in Haryana