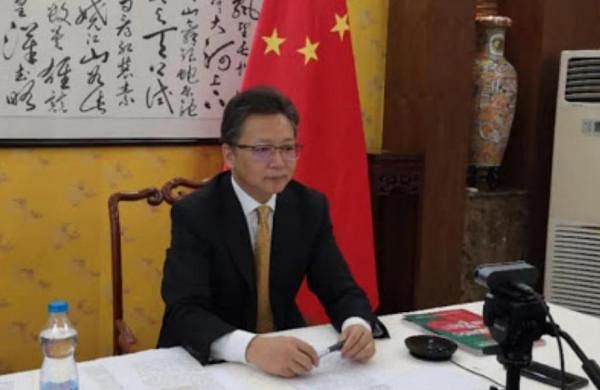 BEIJING: China on Wednesday accused the Quad of being an “exclusive clique” against Beijing as it defended its Bangladesh Ambassador’s warning to Dhaka against joining the US-led alliance, saying the envoy has made the country’s position “clear” on the issue.

China’s Ambassador in Dhaka Li Jiming China on Monday warned Bangladesh against joining the four-nation group comprising the US, Australia, Japan and India, saying that Dhaka’s participation in the anti-Beijing “club” would result in “substantial damage” to bilateral relations.

The provocative remarks by the Ambassador was described as “very unfortunate” and “aggressive” by Bangladesh foreign minister Dr AK Abdul Momen on Tuesday.

“We are an independent and sovereign state. We decide our foreign policy,” Momen had said, adding that Bangladesh has been following a “non-aligned” and “balanced” foreign policy and the country would decide what to do in line with that principle.

Asked for her reaction to Momen’s comments, Chinese Foreign Ministry spokesperson Hua Chunying told the media here that she has not seen the minister’s remarks.

“China and Bangladesh are very friendly close neighbours. We have grown our ties on the basis of the five principles of peaceful coexistence. We always treat each other with mutual respect and firmly support one another on issues bearing on respective core interests and major concerns,” she said.

“Replying to a question in the light of Momen’s assertion that Bangladesh is a sovereign country and decides its own foreign policy, how China would respond to criticism that it is aggressively pushing its stand on issues on smaller countries, Hua said Beijing always treats other countries as equals.

“I’m not sure if your information on the statement from the Bangladesh foreign minister was an accurate quote or if further clarification is needed. But one thing is clear. China always treats other countries as equals, especially small and medium ones,” she said.

“As I said, China and Bangladesh have very friendly relations,” Hua asserted. In South Asia, she said, it is definitely not China that is interfering in other countries’ domestic affairs. China was, is and will remain committed to this principle.

They also reflect the aspiration for maintaining regional peace and stability,” she said.

Initiated in 2007, the Quadrilateral Security Dialogue or Quad is an informal grouping of the US, India, Australia and Japan.

The Quad member countries have resolved to uphold a rules-based international order in the Indo-Pacific amid growing Chinese assertiveness in the strategically vital region.

The first summit of the Quad leaders was hosted by US President Joe Biden on March 12 and the virtual meeting was attended by Prime Minister Narendra Modi, Australian Prime Minister Scott Morrison and Japanese Prime Minister Yoshihide Suga.

The four Quad leaders have vowed to strive for an Indo-Pacific region that is free, open, inclusive, healthy, anchored by democratic values, and unconstrained by coercion, sending a clear message to China against its aggressive actions in the region.