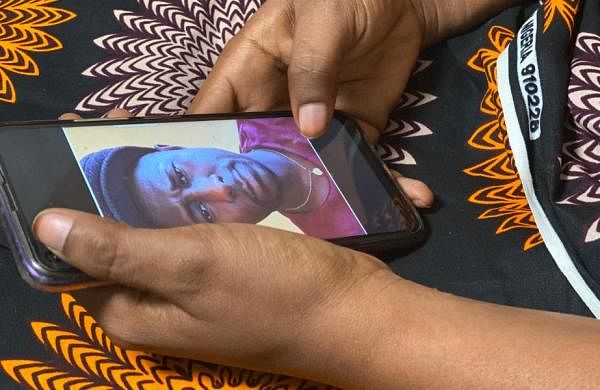 BENI (CONGO): When Shekinah was working as a nurse’s aide in northeastern Congo in January 2019, she said, a World Health Organization doctor offered her a job investigating Ebola cases at double her previous salary – with a catch.

“When he asked me to sleep with him, given the financial difficulties of my family. I accepted,” said Shekinah (25), who asked that only her first name be used for fear of repercussions. She added that the doctor, Boubacar Diallo, who often bragged about his connections to WHO Director-General Tedros Adhanom Ghebreyesus, also offered several of her friends jobs in return for sex.

A WHO staffer and three Ebola experts working in Congo during the outbreak separately told management about general sex abuse concerns around Diallo, The Associated Press has learned. They said they were told not to take the matter further.

WHO has been facing widespread public allegations of systemic abuse of women by unnamed staffers, to which Tedros declared outrage and emergencies director Dr. Michael Ryan said, “We have no more information than you have.”

But an AP investigation has now found that despite its public denial of knowledge, senior WHO management was not only informed of alleged sexual misconduct in 2019 but was asked how to handle it.

The AP has also for the first time tracked down the names of two doctors accused of sexual misconduct, Diallo and Dr. Jean-Paul Ngandu, both of whom were reported to WHO. Ngandu was accused by a young woman of impregnating her.

In a notarized contract obtained by the AP, two WHO staffers, including a manager, signed as witnesses to an agreement for Ngandu to pay the young woman, cover her health costs and buy her land. “The deal was made ‘to protect the integrity and reputation’ of WHO,” Ngandu said.

When contacted, both Diallo and Ngandu denied any wrongdoing. The investigation was based on interviews with dozens of WHO staffers, Ebola officials in Congo, private emails, legal documents and recordings of internal meetings as obtained.

A senior manager, Dr. Michel Yao, received emailed complaints about both men. Yao didn’t fire Ngandu despite the reported misconduct. Yao didn’t have the power to terminate Diallo, a Canadian, who was on a different kind of contract, but neither he nor any other WHO managers put Diallo on administrative leave.

The AP was unable to ascertain whether Yao forwarded either complaint to his superiors or the agency’s internal investigators, as required by WHO protocol. Yao has since been promoted to be director of Geneva’s Strategic Health Operations Department.

Eight top officials privately acknowledged that WHO had failed to effectively tackle sexual exploitation during the Ebola outbreak and that the problem was systemic, recordings of internal meetings show.

The revelations come at a time when the UN health agency is winding down its response to two recent Ebola epidemics in Congo and Guinea, and is already under pressure for its management of the global response to the COVID-19 pandemic.

WHO declined to comment on specific sex abuse allegations, and none of the 12 WHO officials contacted responded to repeated requests for comment. Spokeswoman Marcia Poole noted that Tedros announced an independent investigation of sex abuse in Congo after media reports came out in October.

Findings are due at earliest in August, investigators have said. “Once we have these, we will review them carefully and take appropriate additional actions. We are aware that more work is needed to achieve our vision of emergency operations that serve the vulnerable while protecting them from all forms of abuse,” Poole said.

WHO’s code of conduct for staffers says they are “never to engage in acts of sexual exploitation” and to “avoid any action that could be perceived as an abuse of privileges”, reflecting the unequal power dynamic between visiting doctors and economically vulnerable women.

But an internal WHO audit last year found some aid workers weren’t required to complete the agency’s training on sex abuse prevention before starting work during Ebola.

“All of us may have been suspecting for as long as the Ebola response was taking (place) that something like this would be possible,” said Andreas Mlitzke, director of WHO’s office of compliance, risk management and ethics, during an internal meeting in November.

Mlitzke likened WHO officials in Congo to “an invading force” and said, “Things like this have historically happened in wartime.” Mlitzke said during the meeting that WHO typically “takes the passive approach” in its investigations, and that it couldn’t be expected to uncover wrongdoing among staffers. “What prevents us from doing something proactive is our own psychology,” he said.

Meanwhile, Ryan said that the sexual harassment incidents were unlikely to be exceptional. “You can’t just pin this and say you have one field operation that went badly wrong. It does reflect a culture as well – This is in some sense the tip of an iceberg,” he told his colleagues in an internal meeting.

Internal emails from November 2019 show WHO directors were alarmed enough by the abuse complaints that they drafted a strategy to prevent sexual exploitation and appointed two “focal points” to liaise with colleagues in Congo and elsewhere.