Joe Biden would spend $16B to clean up old mines, oil wells, here’s why it’s a masterstroke 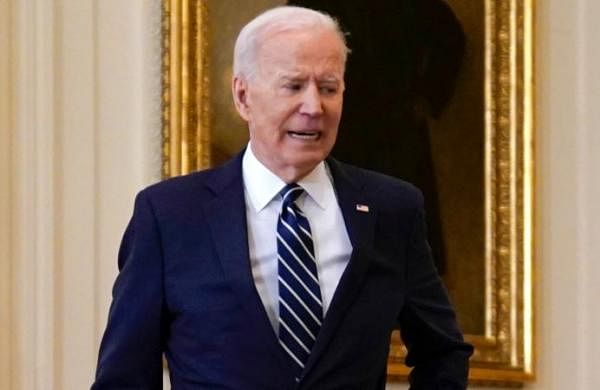 WASHINGTON: US President Joe Biden’s $2.3 trillion plan to transform America’s infrastructure includes $16 billion to plug old oil and gas wells and clean up abandoned mines, a longtime priority for Western and rural lawmakers from both parties.

Hundreds of thousands of “orphaned” oil and gas wells and abandoned coal and hardrock mines pose serious safety hazards, while causing ongoing environmental damage. The administration sees the longstanding problem as an opportunity to create jobs and remediate pollution, including greenhouse gases that contribute to global warming.

Biden said last week he wants to put pipefitters and miners to work capping the wells “at the same price that they would charge to dig those wells.”

Many of the old wells and mines are located in rural communities that have been hard-hit by the pandemic. Biden’s plan would not only create jobs, but help reduce methane and brine leaks that pollute the air and groundwater. Methane is a powerful contributor to global warming.

The Interior Department has long led efforts to cap orphaned wells — so named because no owner can be found — but does not assess user fees to cover reclamation costs. Bond requirements for well operators, when known, are often inadequate to cover full clean-up costs.

Biden’s plan, which needs approval by Congress, would jump-start the well-capping effort and expand it dramatically.

Similarly, the White House plan would exponentially boost an Abandoned Mine Land program run by Interior that uses fees paid by coal mining companies to reclaim coal mines abandoned before 1977. About $8 billion has been disbursed to states for mine-reclamation projects in the past four decades, but Biden’s plan would ramp up spending sharply.

Sen. Joe Manchin, the West Virginia Democrat who chairs the Senate Energy and Natural Resources Committee, has long pushed to expand the mine-lands program, which he calls crucial to his state.

“It cannot be forgotten that West Virginia coal miners powered our country to greatness,” Manchin said. While many mine lands in coal communities have been reclaimed, “there is still much more work to be done to clean up damage to the land and water in those communities,” he said.

The proposal “starts with the punishing policies of the Green New Deal and builds back worse from there,” Barrasso said in statement. The plan would hike taxes and “spend trillions of dollars on the left’s radical agenda,” he added.

A spokeswoman said Barrasso has “has been very active in trying to re-evaluate and improve” the Abandoned Mine Land program. Barrasso is working with Manchin and other committee members to “responsibly reauthorize AML fee collection and facilitate reclamation (of mine sites) across the country,” spokeswoman Sarah Durdaller said.

An oil industry group said it shares the administration’s goals of safety and environmental stewardship.

“Our industry is fully committed to complying with existing state and federal requirements for abandoned wells” and “will continue to support efforts to plug these wells and further reduce methane emissions,” said Frank Macchiarola, senior vice president of the American Petroleum Institute.

The National Mining Association said it supports the renewed focus on abandoned mine lands, but wanted to see more details. “We’re eager to work with Congress on legislation around the president’s initiative, while bringing reform to the coal AML program and standing up durable, bipartisan solutions on hard-rock” mining sites, spokesman Conor Bernstein said.

Environmental groups and Democrats have called for stronger bonding requirements for oil and gas companies that drill on public lands, as well as changes to bankruptcy law that make it harder for companies to evade responsibility for cleaning up old sites.

PM greets people of Rajasthan on its State Day

‘I am representing girls with the veil’: Teen in hijab aims to be ‘Afro-influencer’ on TikTok