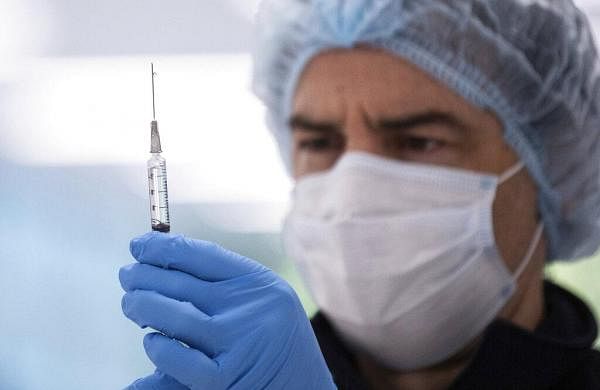 BEIJING:  A Chinese pharmaceutical company and BioNTech SE, the co-developer of the Pfizer-BioNTech vaccine, are setting up a joint venture in China with the capacity to manufacture up to 1 billion doses of the shot to protect against COVID-19.

Shanghai Fosun Pharmaceutical Group Co. said in a stock filing on Sunday night that the companies will invest up to $100 million each to set up the venture.

The joint venture aims to supply shots for the Chinese population, but no timing was given on when the shots would be distributed.

China has based its vaccination campaign on domestically produced vaccines with a goal of vaccinating 560 million of the country’s 1.4 billion people by mid-June. Most of its vaccines require two doses, but China hasn’t broken down its vaccination figures by how many have received one or both doses.

More than 350 Oxygen Expresses complete Oxygen deliveries across the country