Man shot to death at Vancouver’s airport in gang incident 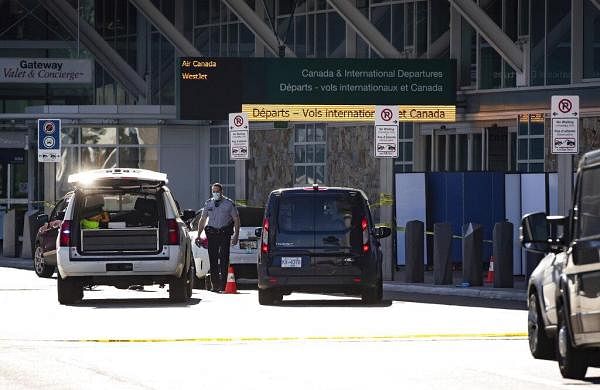 RICHMOND: A man was shot to death at the Vancouver International Airport in what authorities said appeared to be a gang-related incident Sunday, and police were later fired on while pursuing suspects.

The Royal Canadian Mounted Police said officers intercepted the suspected getaway car shortly after the 3 p.m. shooting at the airport and came under gunfire from the car. An unspecified number of suspects escaped, and no officers were injured.

The Integrated Homicide Investigation Team confirmed that a man was fatally shot near the departure terminal at Vancouver’s airport, which is in neighboring Richmond, British Columbia.

Traffic cones blocked off a section of the international and domestic departure areas at the airport, and police erected tall, white screens in front of an entrance, blocking views of the shooting scene. Most of the shops in the area were shut down.

The Vancouver Airport Authority referred questions about the shooting death to police. It said the airport remained open.

Federal Public Safety Minister Bill Blair said in a statement on Twitter that the shooting was disturbing and indicated it was tied to gang activities.

“My thoughts are with the communities in the Lower Mainland who have been impacted by gun and gang violence far too often, particularly over the last week,″ Blair said.

There has been a string of shootings in the Vancouver area over the last several days, including two separate daytime shooting deaths in busy shopping malls. Police said both were targeted killings. One of the victims was a prison corrections officer.