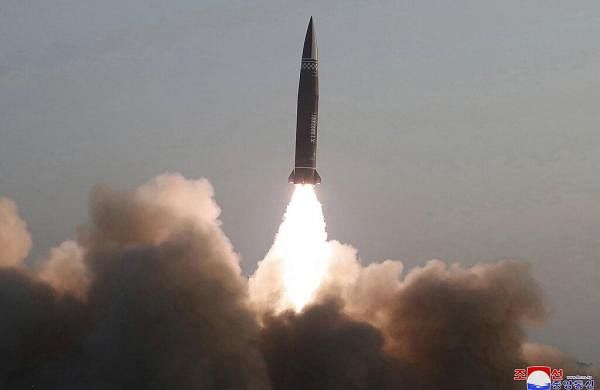 SEOUL: North Korea on Monday accused the United Nations of a double standard over its reaction to the North’s recent missile launches, warning it of a serious consequence.

Last week, North Korea fired two short-range ballistic missiles into the sea in a defiance of UN resolutions that ban such launches by North Korea.

The UN Security Council subsequently adopted a resolution to renew the mandate of UN experts monitoring sanctions against North Korea.

Some experts say North Korea’s missile launches, the first of their kind in a year, were aimed at applying pressure on the new US government of President Joe Biden.

It constitutes a denial of sovereignty and an apparent double standard that the UNSC takes issue, on the basis of the UN resolutions’  direct products of the US hostile policy toward (North Korea), senior North Korean Foreign Ministry official Jo Chol Su said in a statement carried by state media.

Jo said it doesn’t make any sense for the UN council to take issue with only North Korea’s missile launches, while not doing anything on similar weapons tests by other countries.

He said such a double standard will invite more serious consequence but didn’t elaborate.

4 killed in fire in Himachal’s Chamba