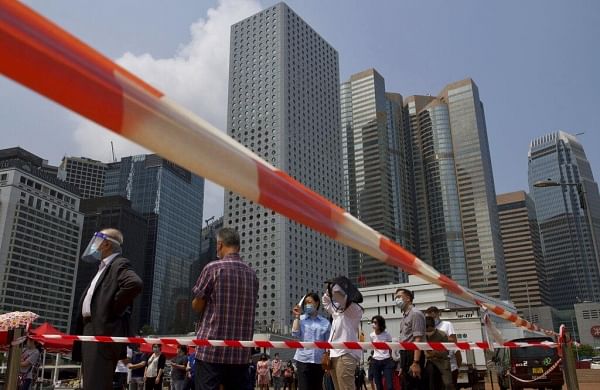 WARSAW: Poland recorded a record high number of new daily coronavirus infections for the second day in a row on Thursday as the prime minister prepares to give details of harsher restrictions for the Easter period.

The Health Ministry said it recorded more than 34,000 new cases — thousands more than the nearly 30,000 that set a record on Wednesday.

There were also 520 new deaths.

Elsewhere in the region, Hungary, with the world’s highest death rate per capital in recent days, set a new record for daily deaths on Thursday with 252.

That brings the deaths to nearly 19,000 in the country of fewer than 10 million.

In Poland, officials say this ‘third wave’ of the pandemic is driven by the highly contagious virus variant first detected in Britain, which now makes up most of the new cases.

Across much of central Europe, vaccine rollouts are are happening too slowly to hold back the new surge.

The higher numbers in Poland come as the government has made it easier for people to get tested for COVID-19, dropping its earlier requirement for a doctor’s referral and allowing people to request a test online.

Polish Prime Minister Mateusz Morawiecki is due to announce details of new restrictions on Thursday that are to be in effect the week before and the week after Easter.

In Hungary, additional lockdown measures introduced on March 8 haven’t yet produced the desired results as the number of new infections and hospitalizations continue to dwarf previous peaks set in December, and hospitals have reported capacity problems as intensive care units fill up.

As others struggle overseas, India can alter that pattern: Ian Chappell

Punjab to start vaccinating 18 plus from Monday

Ramzan in China: Faithful dwindle under limits on religion