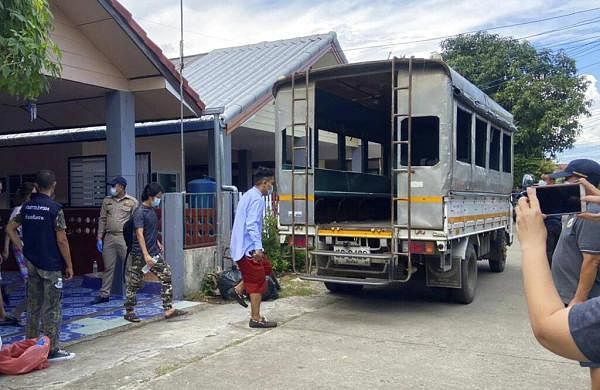 BANGKOK: Three senior journalists working for a news agency in Myanmar who fled after the military government ordered its operations to stop have been arrested by police in northern Thailand, their editor said Monday.

The three work for DVB, also known as Democratic Voice of Burma, an online and broadcast news agency, its executive director and chief editor, Aye Chan Naing, said in an email. Burma is the former name for Myanmar and is still used by some opponents of military rule.

He said the three, along with two activists, whom he did not identify, were arrested Sunday in Chiang Mai during a random search by police. They were charged with illegal entry into Thailand, he said.

From photos published by local Thai media, it appeared that the journalists may have continued to report from a single-story house in which they seemed to have set up a makeshift video production studio.

Myanmar’s junta, which seized power in February and ousted the elected government of Aung San Suu Kyi, has attempted to silence independent news media by withdrawing their licenses and by arresting journalists. About 40 are currently in detention, including at least two who work for DVB.

Most of the detained journalists are being held on a provision in the Penal Code that prohibits comments that “cause fear,” spread “false news, (or) agitates directly or indirectly a criminal offense against a Government employee.” Violations are punishable by up to three years in prison.

“DVB strongly urges the Thai authorities to not deport them back to Burma, as their life will be in serious danger if they were to return,” the statement said. “They have been covering the demonstrations in Burma until March 8 — the day the military authority revoked DVB’s TV license and banned DVB from doing any kind of media work.”

Large street protests against military rule were being held in many cities in Myanmar at that time. Government security forces increasingly used deadly force to disperse them, killing at least 750 protesters and bystanders, according to several detailed independent tallies. The junta says says its forces have killed one-third that total and that using lethal force was justified to stop what it calls rioting.

The statement also appealed for the U.N. High Commissioner for Refugees to intervene to protect the journalists’ safety, and for the international community to ask the Thai government not to deport them.

I don’t cater to intellectuals: Salman Khan on making family films with ‘simplicity’

I don't cater to intellectuals: Salman Khan on making family films with 'simplicity'