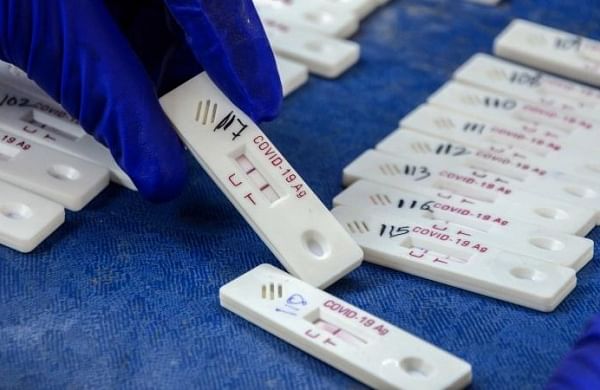 COLOMBO: Sri Lanka on Tuesday said it does not foresee the possibility of community transmission of the Indian variant of the COVID-19 despite detection of one case in the island nation last week.

Government spokesman Udaya Gammanpila said there was no chance for a community spread of the B.1.617 variant here as the individual carrying the variant had been found at a quarantine centre.

The individual, who had recently returned from India, was detected on Saturday.

The Minister for COVID health care, Dr Sudarshani Fernandopulle had said that the individual had undergone quarantine for 14 days and had been released from the centre after a further 7 days under watch.

Last week, Sri Jayewardenapura University’s immunology and molecular medicine unit had issued a report giving details of the variants found in the country.

The current surge of cases is said to be from the UK variant, according to health experts.

In its bid to break the current surge, the government last night announced internal travel restrictions between the provinces.

This could be extended to limit travel between the districts, the COVID prevention chief and the Army Commander Gen Shavendra Silva said.

Sri Lanka on Sunday recorded over 2,600 coronavirus cases, the highest-ever single-day count recorded so far in the island nation since the pandemic began last year.

The total number of deaths due to COVID-19 in the country is 827.