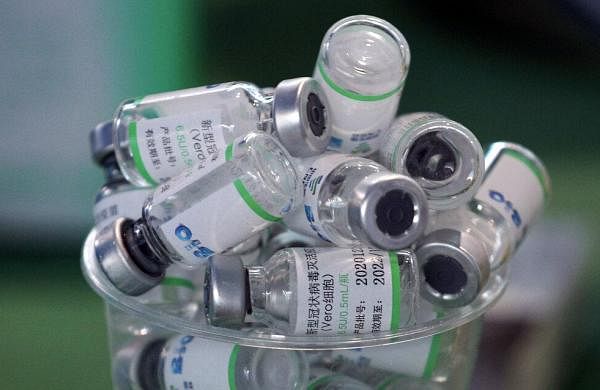 COLOMBO: Sri Lanka received 600,000 doses of the Sinopharm vaccine from China as a donation on Wednesday.

Sri Lankan authorities said the supplied doses will go first to Chinese citizens in Sri Lanka, where thousands of people from China are working.

Sri Lankan President Gotabaya Rajapaksa accepted the vaccine from Chinese Ambassador Qi Zhenhong at the airport after the doses were flown in on Wednesday.

Sri Lankan officials have said the vaccine will be given to Sri Lankans only after the island nation receives clearance from the World Health Organization.

Sinopharm is the third vaccine to be approved in Sri Lanka and the second the country has obtained in it’s fight against COVID-19.

Sri Lanka has so far used Oxford-AstraZeneca shots to vaccinate more than 903,000 people. The government also has arranged to buy 7 million doses of the Russian-developed vaccine Sputnik V.