Syria to close schools and universities over COVID-19 surge 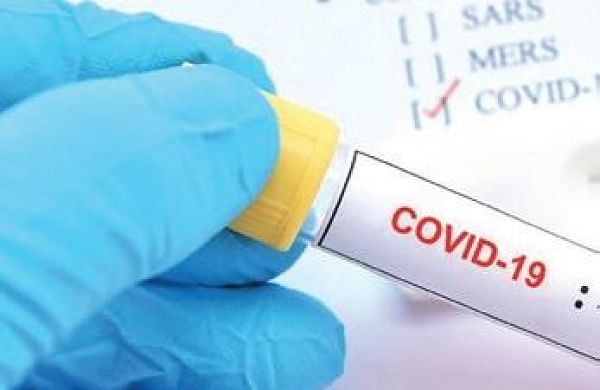 BEIRUT: Primary schools around Syria will close down indefinitely next week amid a severe increase of coronavirus cases in the war-torn country, while universities will suspend classes for only two weeks and high schools will remain open, the government announced Saturday.

Education Minister Darem Tabbaa told state news agency SANA that the closures will go into effect Monday, while final exams for grades five up to high school will be held over four days starting April 25.

Syria is witnessing a sharp increase in coronavirus cases.

Last month, state media reported that intensive care units in state hospitals in the capital of Damascus were full, and that medical staff were told to prepare for a large influx of coronavirus patients.

Among those who were infected were President Bashar Assad and his wife, Asma, who recovered and returned to regular duties last week after three weeks’ illness with COVID-19.

Health Ministry official Hatoun Tawashi told a local radio station that cases rose dramatically last week in schools, and many students and teachers did not show up.

The decision to close schools comes as Syria is also witnessing a severe shortage in fuel that has paralyzed the country’s public transport.

Syria has been mired in a 10-year civil war that has left hundreds of thousands dead, and displaced millions of people, including over five million refugees outside the country.

The country has registered more than 19,000 coronavirus cases, including 1,288 deaths, since the first case was registered in the country in March of last year.

According to the World Health Organization, there are nearly 21,000 cases in the last rebel stronghold in Syria’s northwest along the border with Turkey, as well as some 9,000 cases in areas controlled by U.S.-backed Kurdish-led fighters in the northeast.

The real numbers are believed to be much higher however, as testing is limited, and most Syrians cannot afford tests due to the country’s crushing economic crisis.

The pandemic, which has severely tested even developed countries, has been a major challenge for Syria’s conflict-depleted health care sector.

The WHO said last month it will oversee a coronavirus vaccination campaign in Syria that is expected to start in April, with the aim of inoculating 20 per cent of the population by the end of 2021.

Syria’s Prime Minister Hussein Arnous told reporters on Saturday that Syria will receive within days vaccines from China, Russia and the WHO to start vaccinating people.

In neighbouring Lebanon, authorities imposed a three-day nationwide curfew as of Saturday morning to try limit the spread of the virus during the Easter holidays.

Police checkpoints were set up to check whether motorists had permission to leave their homes, issuing fines to some violators.

Lebanon, a small nation of six million, including a million Syrian refugees, has registered nearly 475,000 cases, including 6,346 deaths, since the first case was registered in February 2020.

Azamara to return to operation in August