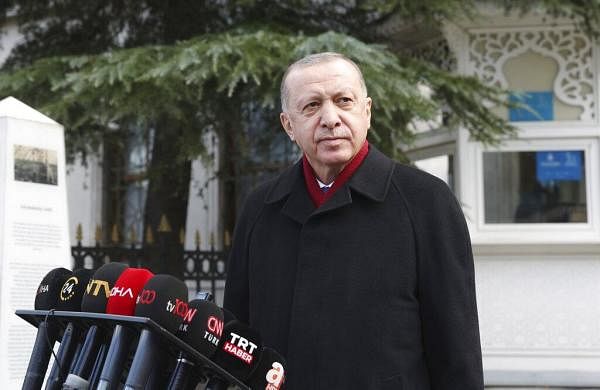 Erdogan and Turkish officials came under a torrent of criticism after images went viral of his meeting on Tuesday with von der Leyen and European Council president Charles Michel in Ankara.

The well-appointed room the three leaders walked into had only two chairs arranged next to the corresponding EU and Turkish flag.

Erdogan and Michel seated themselves while von der Leyen — whose diplomatic rank is the same as that of the two men — was left standing.

“Ehm,” she said pointedly while appearing to spread her arms in wonder.

Official images later showed her seated on a sofa opposite one taken by Turkey Foreign Minister Mevlut Cavusoglu.

Cavusoglu said Thursday that criticism levelled against Turkey for the diplomatic blunder was “unfair”.

“The seating arrangements were made in line with the EU suggestion. Period. We would not be revealing this fact had accusations not been made against Turkey,” Cavusoglu told reporters.

“The demands and suggestions of the EU side were met and the proper protocol applied during the meeting,” he said.

‘I don’t want to continue my job’, says Patiala doctor after being ‘thrashed’ by villagers for following COVID norms

'I don't want to continue my job', says Patiala doctor after being 'thrashed' by villagers for following COVID norms

Kendall Jenner opens up about her anxiety bouts and panic attacks