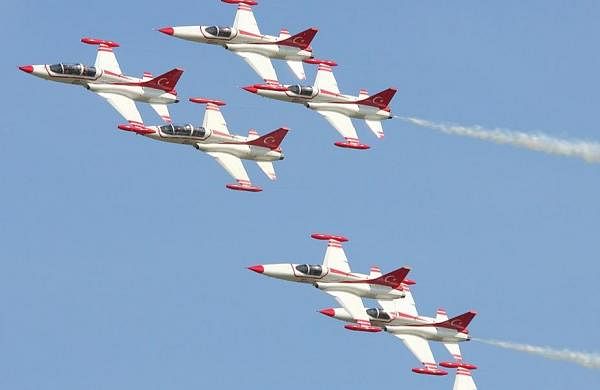 ANKARA: A Turkish Air Force aerobatic jet crashed in central Turkey on Wednesday, killing its pilot, Turkey’s defence ministry said. The NF-5-type jet belonging to the Turkish Stars aerobatic team, went down during training, near the town of Karatay, in the central province of Konya.

The ministry said that the cause of the crash was under investigation. Addressing members of his ruling party shortly after the crash, President Recep Tayyip Erdogan said he was deeply saddened by the news and led a brief, silent Muslim prayer for the deceased pilot.

The crash left debris scattered across an empty field. Television footage showed authorities inspecting the site, surrounded by firetrucks, ambulances and other vehicles.

Only central forces are not responsible for controlling violence during elections: Adhir Ranjan Chowdhury

Deaths due to O2 shortage is genocide: Allahabad HC

Pendency of police cases declines by 5 pc in Himachal