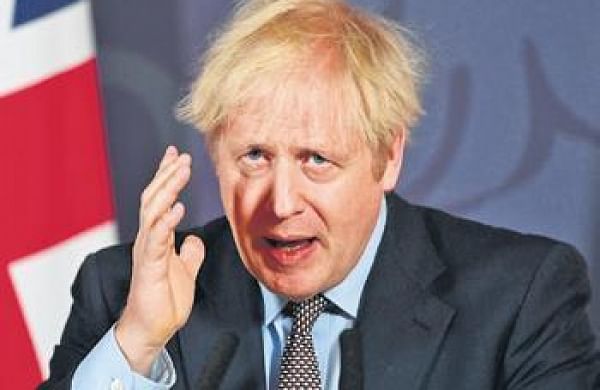 LONDON: The UK’s parliamentary watchdog is investigating the funding of UK Prime Minister Boris Johnson’s holiday to the Caribbean island of Mustique in 2019 which was declared as a benefit in kind last year, it emerged on Monday.

Kathryn Stone, the Parliamentary Commissioner for Standards who oversees the Code of Conduct for members of Parliament, is listed as looking into the trip he took with fiancee Carrie Symonds following his general election win in December 2019.

“Registration of interest under Category 4 of the Guide to the rules [visits outside the UK] in 2020,” reads the listing next to the UK Prime Minister’s name, related to all current under-investigation cases under the House of Commons Code of Conduct and Guide to the Rules.

Johnson has previously declared he received accommodation worth 15,000 pounds, covered by businessman David Ross, and Downing Street maintained that all transparency requirements were met.

Johnson’s official spokesperson said on Monday that the UK Prime Minister “transparently declared the benefit in kind in the Commons register of interests” and followed the rules “throughout”.

Ross, a donor to Johnson’s Conservative Party and co-founder of the Carphone Warehouse business, had triggered some confusion when he said he did not pay for the trip to the private island, which is part of St.

Vincent and the Grenadines archipelago.

He later clarified that he had “facilitated” the accommodation for Johnson and therefore it covers the benefit in kind declaration.

The Opposition Labour Party reacted to the news of the watchdog’s investigation to level further allegations of “sleaze” against the ruling party.

“The public have a right to know who paid for Boris Johnson’s luxury Caribbean holiday and the renovation of his flat,” said Deputy Leader Angela Rayner.

“Most importantly, we need to know what these donors were promised or expected in return for their generosity,” she said.

The latest development comes as the Electoral Commission recently launched a formal investigation into the funding of Johnson’s Downing Street flat refurbishments, which have also been at the centre of a row over whether donations to the ruling Conservative Party were involved in it.

Johnson has maintained he has paid for the refurbishments himself and there is no controversy.

UAE to bar airline passengers arriving from Bangladesh, Pakistan, two other countries from May 12

Delta Plus Variant is not yet classified as Variant of Concern: Dr. Paul