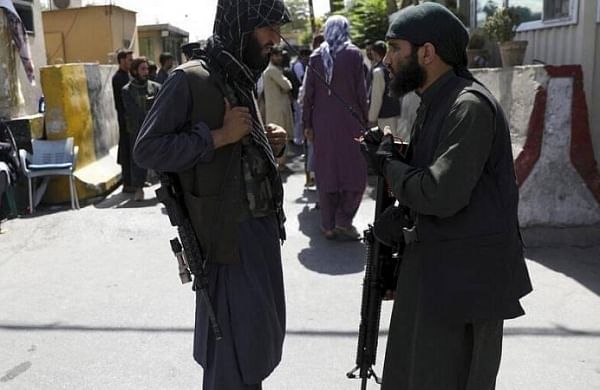 WASHINGTON: Senior U.S.military officers at the Kabul airport are talking to Taliban commanders in the capital about Taliban checkpoints and curfews that have limited the number of Americans and Afghans able to enter the airport, the Pentagon said Wednesday.

Peter Vasely is communicating with Taliban commanders in an effort to further accelerate the pace of the evacuation, which faces an August 31 deadline set by President Joe Biden, even as thousands of American citizens and others scramble to get out of the country.

Kirby said that over the past 24 hours about 2,000 people, including 325 American citizens, have been flown out of the Kabul international airport on 18 flights by U.S. Air Force C-17 transport planes.

The number of departing Air Force flights is likely to be similar in the coming 24 hours, Kirby said, although he said he could not estimate how many people they would carry.

“Military flights are arriving and departing consistently and there is limited commercial flight operations, as well as some foreign contracted flights that are coming and going,” Kirby said.

The spokesman said the Biden administration is considering its options for dealing with a separate but related problem — the abandonment by Afghan security forces of an array of military equipment, weapons and aircraft that have fallen into the hands of the Taliban or other militant groups around Afghanistan.

“We don’t, obviously, want to see our equipment in the hands of those who would act against our interests or the interests of the Afghan people and increase violence and insecurity inside Afghanistan,” Kirby said.

“There are numerous policy choices that can be made, up to and including destruction.”

He said those decisions have not yet been made.

Kirby said there are now about 4,500 U.S. troops at the airport, with several hundred more expected to arrive by Thursday.

He said Defense Secretary Lloyd Austin and Gen. Mark Milley, chairman of the Joint Chiefs of Staff, planned to hold a news conference at the Pentagon on Wednesday afternoon to address the evacuation effort and related issues.

And he said Marines trained in evacuation support have continued to arrive and will assist in getting civilians onto flights.

Jake Sullivan, Biden’s national security adviser. on Tuesday acknowledged reports that some civilians were encountering resistance ‘being turned away or pushed back or even beaten’ as they tried to reach the Kabul airport.

But he said ‘very large numbers’ were reaching the airport and the problem of the others was being taken up with the Taliban, whose stunningly swift takeover of the country on Sunday plunged the U.S. evacuation effort into chaos, confusion and violence.

The State Department said it was sending John Bass, a former ambassador to Afghanistan, to manage the evacuation operation in Kabul.

Kirby disclosed Tuesday that U. S. officers were speaking with Taliban commanders “multiple times a day” about avoiding conflict at the airport.

Kirby would not discuss details of the Taliban arrangement, and Sullivan said the question of how much time the Taliban will give the evacuation was still being negotiated.

Gen. Frank McKenzie, head of U. S. Central Command and overall commander of U. S. troops in Kabul, made an unannounced visit to the Afghan capital Tuesday.

In a written statement, he said he found that military air traffic controllers and ground handlers were ‘rapidly scaling up’ airlift operations.

‘I cautioned them against interference in our evacuation, and made it clear to them that any attack would be met with overwhelming force in the defense of our forces,’ McKenzie said.

“The protection of U.S. civilians and our partners is my highest priority and we will take all necessary action to ensure a safe and efficient withdrawal.”

At the White House, Sullivan said U.S. officials were engaged in an ‘hour by hour’ process of holding the Taliban to their commitment to allow safe passage for civilians wishing to leave the country.

Asked whether the Biden administration recognizes the Taliban as the legitimate rulers of Afghanistan, Sullivan said it was too soon to say and that the Taliban’s record of adhering to international human rights standards ‘has not been good.’

The goal is to ramp up to one evacuation flight per hour by Wednesday, with 5,000 to 9,000 evacuees leaving per day.

On Monday the airlift was temporarily suspended when Afghans desperate to escape the country breeched security and rushed onto the tarmac.

The Air Force said Tuesday that its Office of Special Investigations is investigating an incident Monday in which a C-17 transport plane taking off from Kabul airport was swarmed by desperate Afghan civilians, some of whom died.

The Air Force said human remains were found in the plane’s wheel well when it landed in Qatar.

Kirby said during television interviews that plans were being made to house up to 22,000 evacuated Afghans and their families at three U.S. Army installations in the continental United States.

On Monday, he had rejected blame for chaotic scenes of Afghans clinging to U.S. military planes in Kabul in a desperate bid to flee their home country after the Taliban’s easy victory over an Afghan military that America and NATO allies had spent two decades trying to build.

Biden called the anguish of trapped Afghan civilians “gut-wrenching” and conceded the Taliban had achieved a much faster takeover of the country than his administration had expected.

The U.S. rushed in troops to protect its own evacuating diplomats and others at the Kabul airport.

But the president expressed no second thoughts about his decision to stick by the U.S. commitment, formulated during the Trump administration, to end America’s longest war, no matter what.