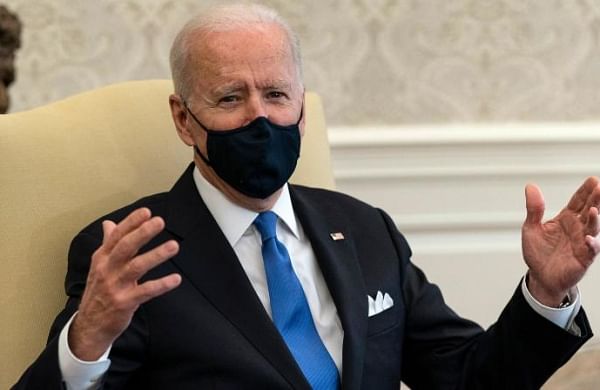 WASHINGTON: US President Joe Biden will announce a massive once-in-a-century USD 2 trillion plan on Wednesday to transform America’s aging infrastructure, and position the country to out-compete China, according to officials.

The American Jobs Plan, to be announced by Biden in Pittsburgh, Pennsylvania, will create millions of good-paying jobs and rebuild the US infrastructure.

This is a once-in-a-century capital investment in America, according to officials.

It will also position the United States to out-compete China, they said.

“By investing about USD 2 trillion over the next eight years, we can transform our current and future infrastructure and fundamentally change life for Americans,” officials said ahead of the presidential visit to Pittsburgh.

“If passed alongside President Biden’s Made in America corporate tax plan, the plan would be fully paid for within the next 15 years and reduce deficits in the years after.”

“This plan will bring public investment as a share of the economy back to where it was in the 1960s, the last time we made transformative investments in our nation’s infrastructure,” they said.

The US is currently ranked 13th in the world in infrastructure, which the officials said has real costs.

Delays caused by traffic congestion alone cost over USD 160 billion per year, and motorists are forced to pay over USD 1,000 every year in wasted time and fuel.

The plan invests USD 620 billion in transportation infrastructure, which will modernise 20,000 miles of highways, roads and main streets.

It will fix the 10 most economically-significant bridges in need of reconstruction and repair the worst 10,000 smaller bridges, reconnecting communities across the country.

It will double federal funding for public transit, buy down the repair backlog, and bring bus and rail service to new communities and neighbourhoods, especially those that have been structurally excluded from resources and opportunity.

It will spark the electric vehicle revolution, building a network of 500,000 Electric Vehicles chargers, replacing 50,000 diesel transit vehicles, electrifying at least 20 per cent of the yellow bus fleet, and helping consumers purchase the vehicles of tomorrow, according to the White House.

The plan will make infrastructure more resilient to climate change, in addition to targeting 40 per cent of the benefits of the climate and clean infrastructure investments to disadvantaged communities, according to the officials.

As part of the plan, Biden will announce investments of around USD 650 billion to reconnect communities and transform the way Americans live.

It invests in broadband, clean water, the electric grid, and the building of high-quality affordable housing.

The plan will deliver universal broadband access, including to the more than 35 per cent of rural Americans who currently lack access, in addition to the underserved communities that currently cannot afford it.

It will replace 100 per cent of the nation’s lead pipes and service lines and reduce lead exposure in 400,000 schools and childcare centers.

It will also lay thousands of miles of transmission lines, making the electric grid more resilient. It will build, renovate, and retrofit more than 2 million homes and housing units.

The plan will support well-paying caregiving jobs that include benefits and the ability to collectively bargain.

It will also expand access to quality, affordable home- or community-based care for hundreds of thousands of seniors and people with disabilities, including by extending the longstanding Money Follows the Person programme that supports innovations in the delivery of long-term care.

The plan invests around USD 580 billion in Research and Development (R&D), manufacturing and training.

It makes a historic USD 180 billion investment in R&D  the biggest increase in non-defence public R&D spending in history – with a specific focus on high-growth sectors like clean energy.

This plan will make a USD 50 billion investment in domestic semiconductor manufacturing, securing the US leadership in a global market that supplies critical inputs for almost all goods — from cars to refrigerators to computers.

The President is also proposing to fundamentally reform the corporate tax code so that it incentivises job creation and investment in the United States, stops unfair and wasteful profit shifting to tax havens, and ensures that large corporations are paying their fair share, the officials said.

One key element of the plan is to raise the corporate tax rate to 28 percent.

The rate will remain lower than at any point since World War II other than the years since the 2017 tax act.

The President’s plan will strengthen the global minimum tax applied to the US corporations by raising the rate to 21 per cent calculating it on a country-by-country basis, and eliminating the current exemption that allows profits on foreign investments to entirely avoid the tax.

This will address the incentives US corporations now have to ship jobs and profits abroad, it said.

Govt. of India has so far provided more than 17.56 crore vaccine doses to States/UTs Free of Cost

﻿ With no sign of return to cabinet, Sidhu’s future in limbo